A Brooklyn Park family whose son has diabetes, says the new Minnesota insulin affordability law, which went into effect on July 1st, is good news. However, they worry a last-minute lawsuit might put the law in jeopardy.

Aziah McCoy is a rambunctious, happy-go-lucky 9-year-old. The Brooklyn Park fourth-grader was diagnosed with type 1 diabetes when he was 6-years-old, but it doesn’t stop him from playing his favorite sport, basketball, although he might have to take a break when his blood sugar drops. “It just makes me feel I’m low of energy, makes me sleepy,” said Aziah McCoy. 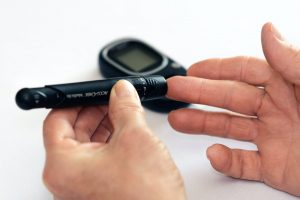 People with type 1 diabetes don’t produce insulin, so Aziah gets his insulin through a pump that pushes the hormone through his body. Aziah’s mom, Tammy Callahan, says without insurance, his medicine would cost around one thousand dollars per month. That amount includes insulin and other medical supplies.

Pulling supplies out of a backpack, Callahan said, “This is a glucagon pen. If his blood sugar would drop to a significantly low number, which is very dangerous and he could go into a coma, then we would need to give him a shot of this.”

Law Is A Safety Net For Diabetics

The new program would give thousands of people with diabetes in Minnesota peace of mind. The law allows qualifying patients who have fewer than seven days worth of insulin on hand to purchase a one-time, 30 day supply for 35 dollars or less. It also offers up to a year supply of insulin for no more than $50 per 90-day refill.

Callahan is worried the law may not stand the test of time. Just hours before the law went into effect, Pharmaceutical Research and Manufacturers of America filed a lawsuit saying the insulin affordability act violates the Constitution.

“It seems ridiculous to me that they would consider this as a problem for their company,” she said. But for now, she’s glad there is a system in place if Aziah needs it.