This past summer in the parking lot of a Brooklyn Park hotel, a guest shot a video that shows a person stealing a catalytic converter.

The Brooklyn Park Police Department posted the video on its Facebook page to show what a catalytic converter theft looks like.

“If you watch it, you can tell something is going on there that’s probably not normal,” said Inspector Elliot Faust of the Brooklyn Park Police Department. “But really it doesn’t stick out as a major crime occurring, so I think it goes unnoticed.”

“That’s what the thieves are after is the precious metals that are inside a catalytic converter,” Faust said. “That’s what’s so valuable.”

While the incident in that video happened in a hotel parking lot, Brooklyn Park police say it’s actually residential neighborhoods where people should be the most concerned. 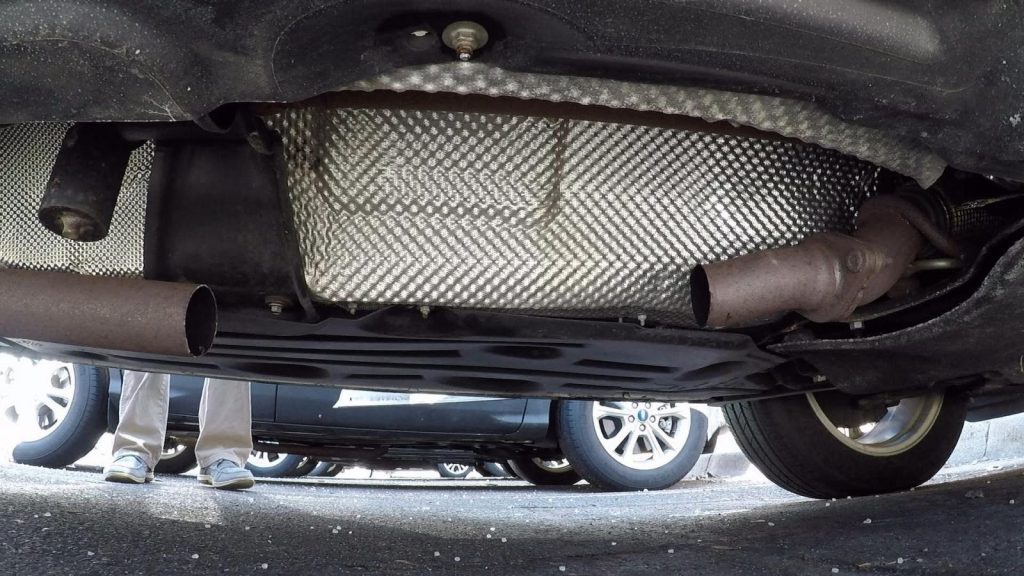 This is what it looks like when a catalytic converter has been stolen from your car.

Police eventually arrested the person in Facebook video in a nearby parking lot. They’re encouraging people to call 911 immediately if they witness something similar.

“We would much rather have people call so we can come out and investigate it, because this stuff is happening in broad daylight,” Faust said.

Meanwhile, now that it’s colder out, Brooklyn Park police say they’re starting to see an increase in motor vehicle thefts because are leaving their cars unattended with the keys still in the ignition.