The Brooklyn Park City Council will have one final vote on its budget, scheduled for Dec. 7, that comes close to a 0% tax levy increase. One question that remains though is how much recommendations for police reform will cost.

The proposed tax levy increase would be 0.15% for the city’s proposed budget of $54.9. The budget was trimmed from $56.3 million, which was originally proposed nearly two months ago. City council members received an updated budget presentation on Nov. 16.

Some council members expressed satisfaction that residents would face minimal increases or have decreases to their property taxes, which make up 81% of the city’s budget.

“I think this is a good year to tighten our belts and maybe refocus the year afterwards when maybe we’re back on our feet again,” said Brooklyn Park City Council member Terry Parks. “With all the losses of businesses, the losses of restaurants, I’m concerned about raising any taxes whatsoever.”

The budget includes funding for 106 police officers out of an authorized force of 107. The city had been about six or seven officers short this past summer, but five new hires from its cadet program are expected to be ready for duty in early 2021.

There’s also funding to staff all four of its fire stations come spring. Having one of its stations not staffed has been a contentious issue among some council members who previously raised concerns that parts of the city didn’t have proper fire coverage.

However, to come up with a nearly 0% increase, difficult decisions had to be made. The city will eliminate or not fill nearly 10 full-time positions, saving $1 million. The cuts also include reducing seasonal staff, saving about $179,000. City finance officials say the cuts will include reductions to its communications staff. Cuts will also push back the schedule for street and parks maintenance. 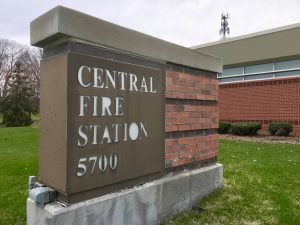 All four Brooklyn Park fire stations will be staffed in 2021.

The budget did not include additional dollars for police reform. Brooklyn Park City Council member Susan Pha wanted to see some sort of allocation for that in the budget.

“I don’t know what that amount will be, but I think that is an essential part of our work that will be happening in 2021,” said Pha.

However, the city can still shift around funds to pay for recommendations made by the city’s Human Rights Commission and Multicultural Advisory Committee. Brooklyn Park City Manager Jay Stroebel said staff will come back to the city council on Nov. 30 with cost estimates for recommendations that would need funding.

The budget also includes funding for a diversity equity inclusion coordinator, which could work with the Human Rights Commission and potentially on police reform. Brooklyn Park Mayor Jeff Lunde said he wants that position to stay focused on economic development to work with small businesses that face barriers.

“I really would like to see it focused more,” said Lunde. “It just seems like we could end up with this position that gets their hands into everything and then actually gets nothing done.”