The Brooklyn Park City Council has approved a conditional use permit to allow the Minnesota Muslim Center to move to a new location within the city.

The Minnesota Muslim Center currently operates at 8568 Edinburgh Centre, a retail area where several restaurants are located. The religious entity plans to move to a larger two-story facility at 6001 78th Avenue North. The Minnesota Muslim Center will occupy the first floor, while the second floor will continue to be leasable office space. The site is located across the street from the Windsor Gates Apartments. A Dairy Queen and White Castle fast food restaurant are located just to the east. 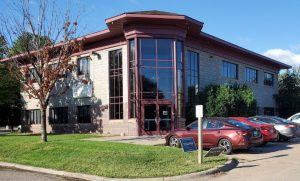 One potential issue brought up at Monday night’s Brooklyn Park City Council meeting was whether there would be enough parking. The building has 44 parking stalls. According to the city, 38 are required.

Council member Mark Mata said he did not want to see faith goers attending the mosque get towed. The religious entity believes the 44 parking spaces are sufficient and indicated that it doesn’t foresee major growth in the immediate future.

Brooklyn Park Mayor Jeff Lunde brought up Ramadan, the most sacred month of the year in Islamic culture. Lunde mentioned that two other mosques hold Ramadan services at Park Center High School. He suggested that type of arrangement for the Minnesota Muslim Center on its busiest holy days.

“We’ve worked with other mosques to establish areas where people can park off site, and they can take buses to the place to help with some of that,” said Lunde.

A Welcome to the Community

The Minnesota Muslim Center is one of four mosques located in the city. Sherman says the religious group is making a significant investment in its future home because the building does not have a fire sprinkler system.

“In order for them to occupy the building for an assembly use, they will be adding a sprinkler system,” she said.

“I think this is well deserved. I can’t wait until we break ground on your own building some day,” Parks said.