After seeking out bids over the past nine months, Brooklyn Park approved a new five-year recycling contract, opting to stick with the city’s current hauler, Waste Management. The new contract will increase rates for households by more than $1 a month.

The Brooklyn Park City Council approved the new agreement by a 6-0 vote. Council member Boyd Morson was not in attendance.

The city sought new bids due to service issues with Waste Management, but received only one other bid that was much more expensive. Brooklyn Park is Waste Management’s largest municipal recycling contract.

According to Brooklyn Park Recycling Manager Tim Pratt, the city received four proposals when its recycling contract was up for renewal in 2017. This time around only Waste Managment and Eureka Recycling submitted bids.

Pratt spoke about the two companies that did not submit bids this year. He told council members those two businesses were not confident they could hire enough drivers and obtain the necessary number of trucks due to supply-chain issues by July 1, 2023, the date the new contract would begin. 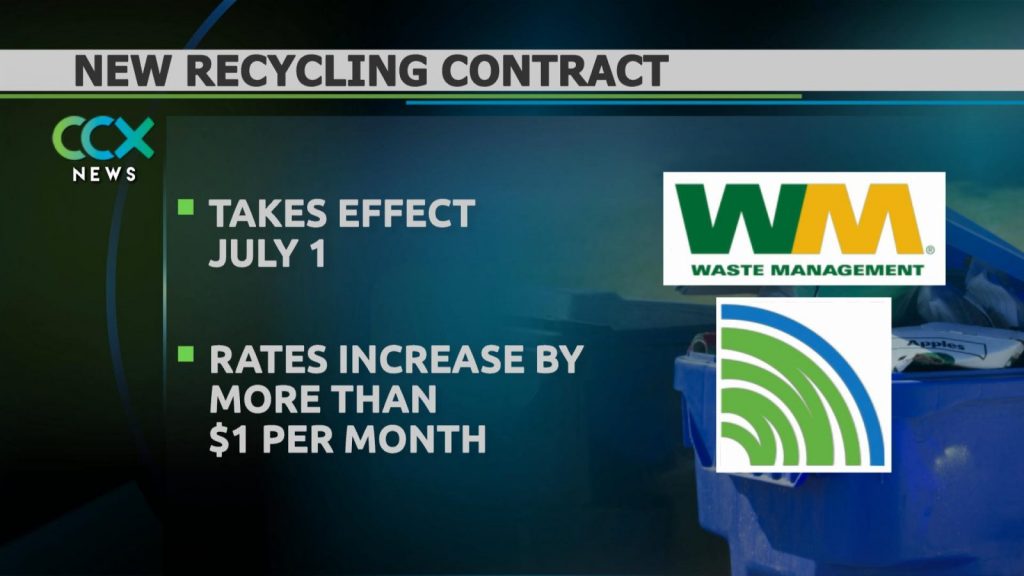 Waste Management: ‘Brooklyn Park is such a high priority’

While Eureka ranked higher in three other factors, cost made up 40 percent of the evaluation by city staff. The city also thought about purchasing its own carts to get more bids.

“The thought was if we were to purchase the carts that would kind of level that playing field and make it for a truly competitive bidding process,” said Pratt. “We did not see that leveling of the playing field.”

“Brooklyn Park is such a high priority, we are stepping away from contracts that we previously had,” said Rob Swanson, senior district manager with Waste Management, in speaking to the city council.

“There’s nothing we haven’t tried pre-pandemic,” said Swanson. “We’re down about 70,000 drivers nationwide with CDLs.”

He said the company has done everything from bonuses to several wage hikes above and beyond the Social Security’s 8.9 percent adjustment for inflation. Swanson said the new hiring program should soon help start to ease the driver shortage.

Swanson said the company is also hiring in advance of job openings, anticipating employee turnover, something it hasn’t done in the past.