Brooklyn Park residents at Garden Gates Apartments on Douglas Drive North woke up to shots being fired Wednesday morning. Police say at around 6 a.m. bullets tore through the walls of neighboring apartments. Preliminary evidence makes officers believe it was a homicide-suicide situation.

Police located the unit where the gunfire was coming from, however the apartment door was barricaded. A SWAT team was called to break through an apartment window from the outside. When law enforcement entered the unit, they found a man and a woman deceased. The woman is the tenant of the unit, police said. Officers also located a rifle at the apartment.

“This morning when we did evacuate the apartment, the residents were very cooperative but they articulated this is generally a very quiet place for them,” said Brooklyn Park Deputy Chief Mark Bruley. “It was a rude awakening for them at 6 a.m. with rounds fired.” 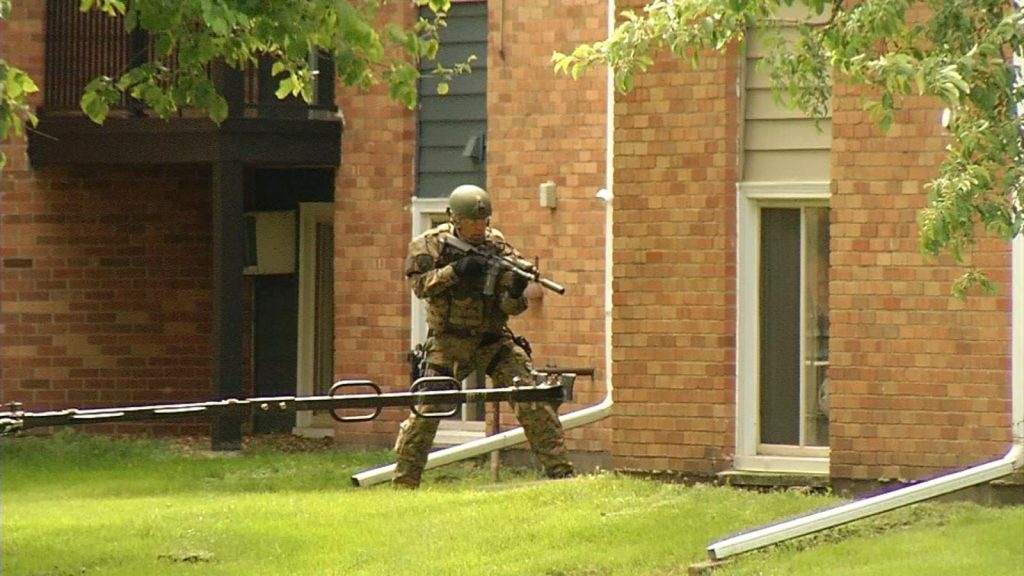 Police say there were no other injuries at the apartment complex. The investigation is ongoing.

Bruley also said that shots fired cases in the city of Brooklyn Park is on a record pace this year.

“It’s very concerning,” Bruley said. “It’s an all hands on deck in the city of Brooklyn Park. We’re trying to figure out why we’re seeing so much gun violence in the community.”