There will also be at least two new faces on the Brooklyn Park city council, not counting the mayor.

Redistricting has shaped the race for city council, as the population grew in the central part of the city, causing the Central District to become more compact.

Wynfred Russell filed to run for mayor and not for re-election to his West District seat. Tonya West-Hafner currently serves on the council representing the Central District, but new district lines put her home in the West District.

In the Central District, Latrina Caldwell, Warren Carey, Nichole Klonowski, and Teshite Wako filed to run for the position. Wako and Klonowski will advance to the November election. 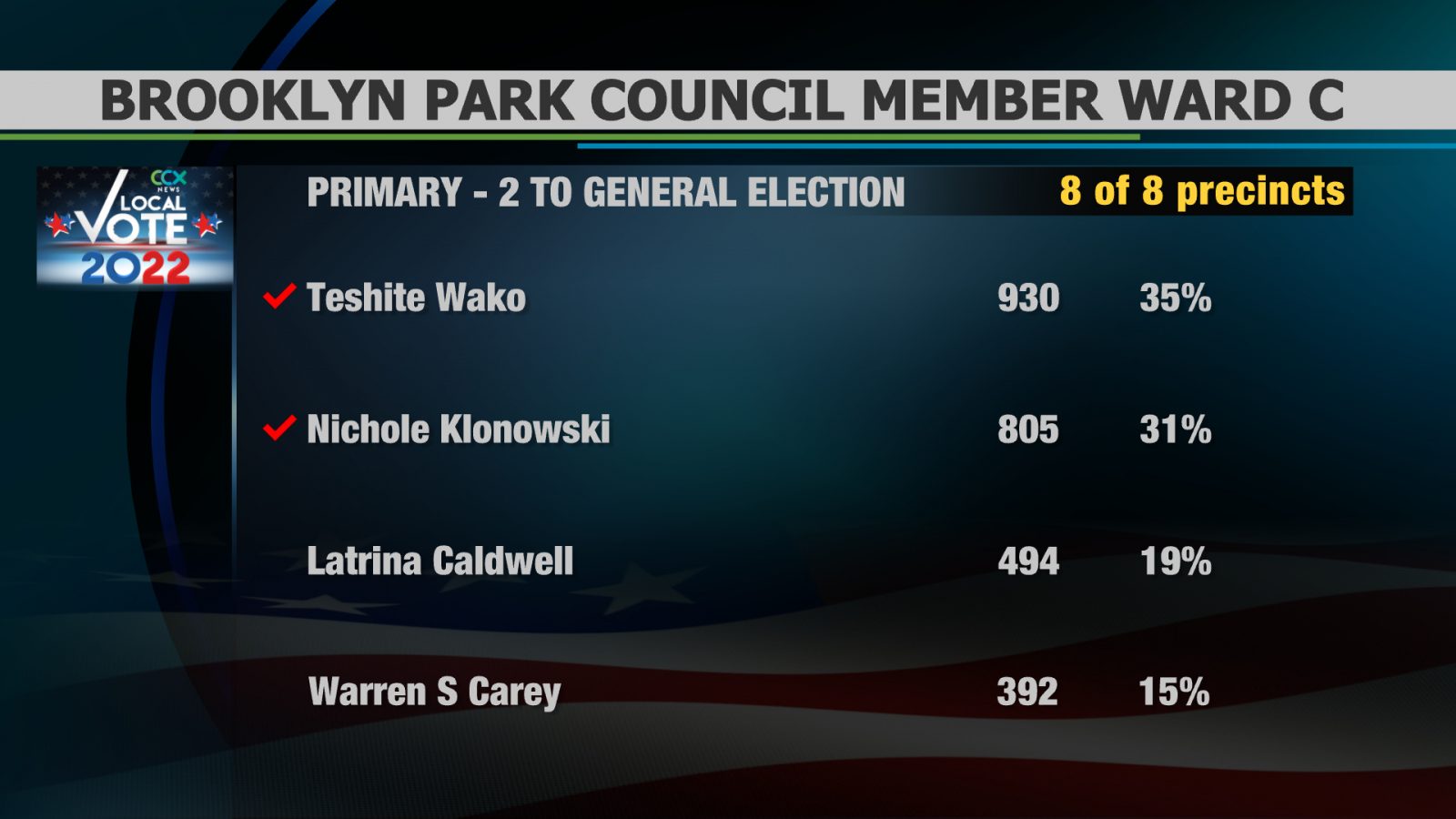 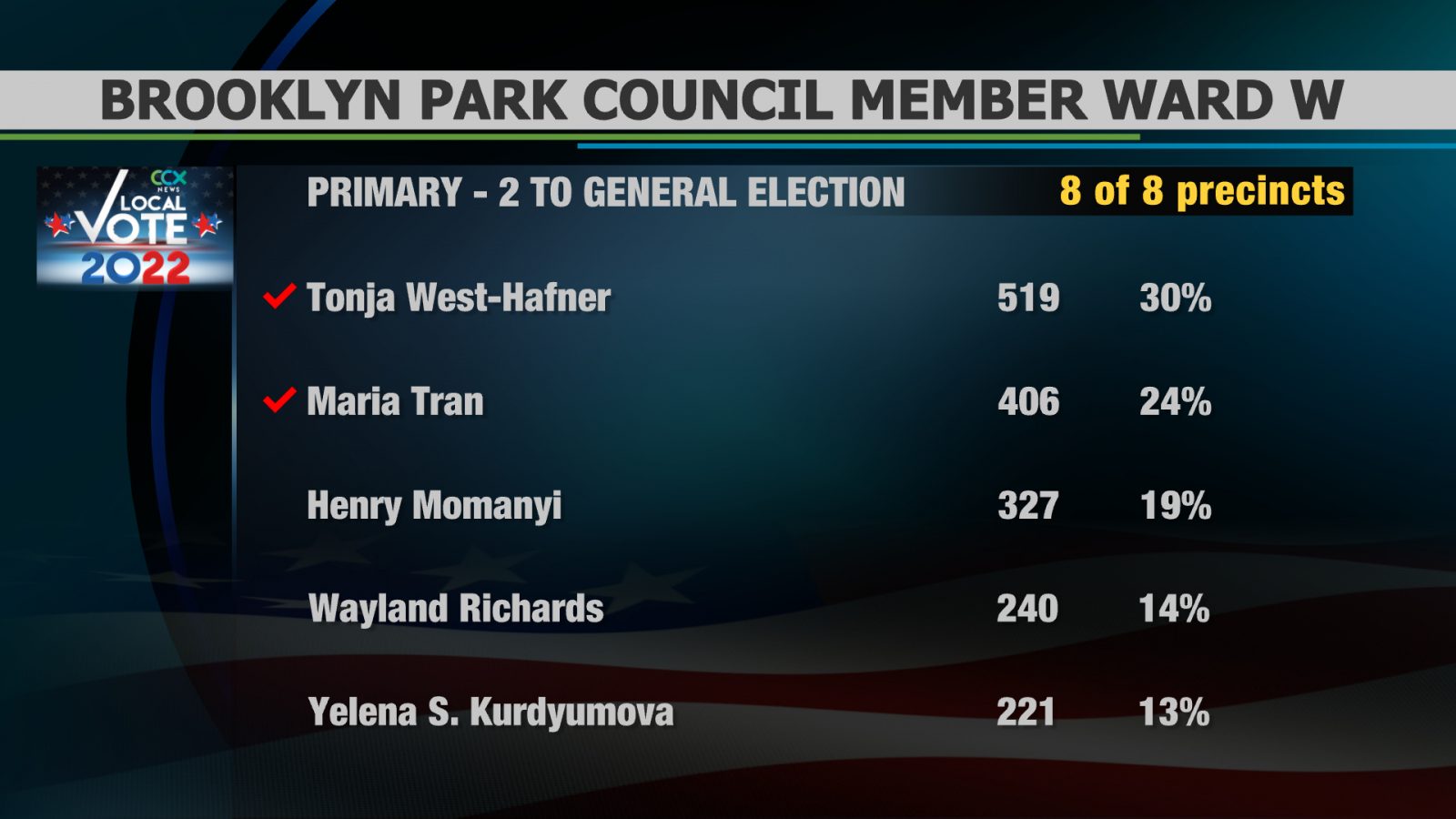 There was no primary race in the East district, as only two people filed to run for the open seat. Council member Terry Parks is not running for reelection. Indred Alexander and Christian Eriksen will both be on the November ballot.

The general election is November 8.