“It’s a unique one,” said Brooklyn Center police Cmdr. Garett Flesland. “I have not seen one like this in just about 20 years.”

The crime occurred on Saturday morning. Owner Matt Zdon captured the thieves hauling away his boat on surveillance video. 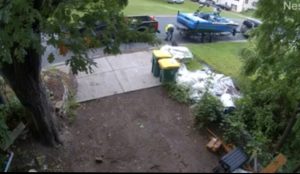 Matt Zdon says he noticed the boat was missing at around 7 a.m. Saturday when he went outside to talk to contractors working on his home.

Brooklyn Center police are checking out Zdon’s surveillance video to help solve the boat theft. In it, you can see a group of people pull up to the house and quickly spring into action. 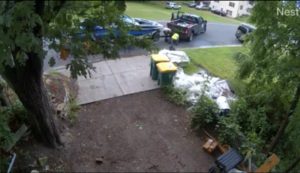 Thieves use a tow to hook up stolen boat.

“A black pickup shows up and there are three people in it,” said Flesland. “They’re there 16 to 17 minutes, is what it looks like, and they end up using what appears to be a tow strap to drag the boat away from the owner’s vehicle.”

“This is a fairly significant case,” said Flesland.

Brooklyn Center police say they are working with other law enforcement agencies to see if they can make out the pickup truck’s license plates.