The Brooklyn Center City Council is discussing several charter amendments that could go on the ballot in November. The possible changes mainly involve the duties of the mayor.

One possible change to the city’s charter would involve the purchasing policy for the city.

It would require contracts to be signed by just the city manager, in accordance with the city’s purchasing policy. The charter says the city manager and mayor must sign off on “contracts, bonds, and instruments of any kind.” If an item is above $175,000, it would have to come to the council for the approval.

Council member Dan Ryan says the change would streamline the process while maintain the checks and balances system provided under the current council-manager form of government.

“I think this is just done in the interest of more efficient administration,” said Ryan. “It really shouldn’t be viewed as anything controversial and certainly not political.”

However, council member Marquita Butler and Mayor Mike Elliott maintained that the change would remove an opportunity for checks and balances.

In the meeting, the mayor did admit to a delay in providing signatures.

“There have times when there have been delays in signatures, I’ll admit to that,” said Elliott, who did not vote for the change.

Elliott continued, “As a practical matter, what we have right now works. It would take away public accountability for how finances are spent in the city.” 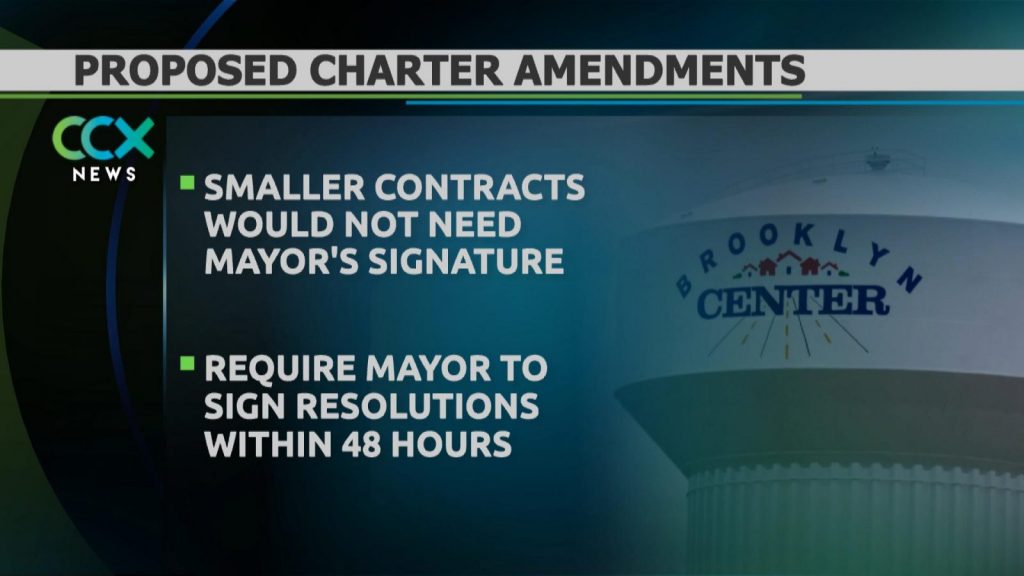 To change the city’s charter, the council must reach a unanimous decision, which it did not.

A second charter amendment change would stipulate that whenever the council passed an ordinance or resolution, then it has to be signed in 48 hours. If the mayor couldn’t sign it, the duty would move to the mayor pro tem. This ministerial duty is required on documents like contracts, permits and bids before they can be considered legal and official.

Mayor Mike Elliott was the lone vote against the change, calling it “problematic” that the mayor, who serves part-time, has only 48 hours to review and sign it. Others didn’t see it as an issue.

“Why, if this is something the full council has voted on and has consensus, why would it be an issue to review what has already been discussed as a council?” asked council member April Graves.

These questions will likely go to the ballot for voters to approve in November, along with an item that could limit the mayor’s power in emergencies.