The dog park is a place where people can let their furry friends run free.

“It’s the social part, and it’s also stimulating,” said Ramona Braun, a park ranger with Brew Park in Plymouth. “It helps them get exercise, both physically as well as mentally.”

But at most dog parks, you’re not going to have access to a wide variety of food and drinks.

“There’s just never anything like that,” said Glenda Murphy, a dog owner from Plymouth. “You gotta bring your own stuff if you’re gonna do that.”

Dr. Angie Woodward of Vet Partners Pet Hospital in Plymouth made it her mission to change that.

“I sort of have a little entrepreneurial spirit as well, so I wanted to create a one-stop pet oasis for people that they could just come and have everything in one spot,” Dr. Woodward said. 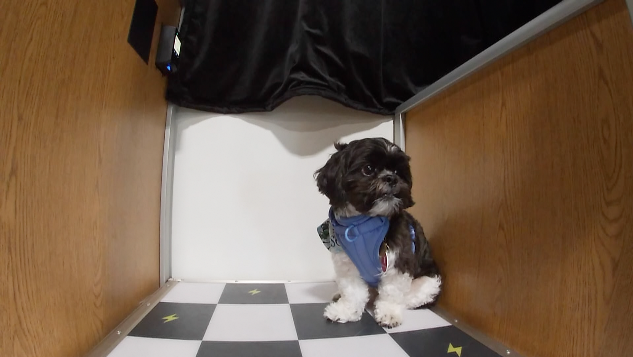 A dog enjoys some time inside the photo booth at the Brew Park in Plymouth.

The result was Brew Park, an indoor dog park that’s connected to her veterinary practice. The venue officially opened its doors on Sept. 12.

While the dogs are roaming free in the indoor park, customers can enjoy coffee, beer, wine and food from “The Barkery.”

Murphy brought her french bulldog, Oliver, to Brew Park for an afternoon getaway on Monday. Oliver, and the rest of the dogs roaming around, are supervised by a “park ranger.”

“I look to see their body language, I look to see how they’re interacting, and if I need to step in and separate before something escalates, I’ll do that,” said Braun, the park ranger. “That’s our job.”

If you’re planning to bring your pet to Brew Pub, you first have to register your dog and then pay an admission fee of $15 (although packages are available for monthly or annual memberships).

Owners also have the option of staying in the dog park area to play games or pose with their pups in the photo booth.

It’s a new attraction that dog owners, or just anyone who loves dogs, can enjoy.

“It’s just a lifesaver for us,” Murphy said. “We’re enjoying it a lot.” 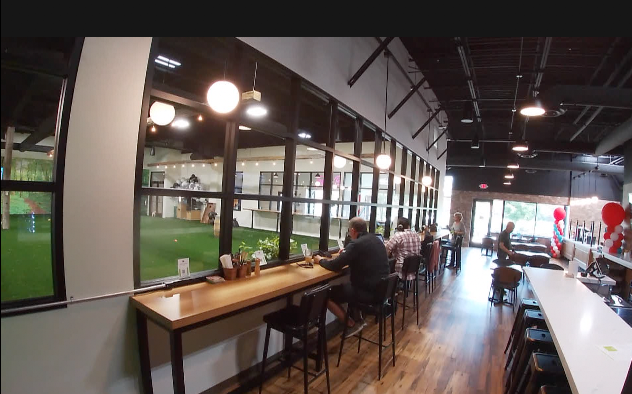 While the dogs enjoy their time in the park area, they can watch their humans through the window eating and drinking in the Barkery.