Ricardo Batres will do time after pleading guilty to several charges connected to labor trafficking. The Crystal man ran a construction company which employed undocumented immigrants. 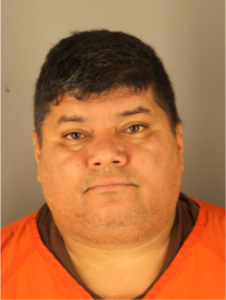 The criminal complaint against Batres says he made his employees work long hours, six days a week, with no overtime, below market pay, and without required safety equipment. According to the complaint, when workers got injured, he told them they’d be deported if they got treatment. When one employee was seriously injured, Batres lied to the employee’s doctor to avoid a worker’s compensation claim, saying the injury had happened in the employee’s residence rather than at work. Batres, who did not carry mandated worker’s compensation insurance, instead got his injured employee to apply for public emergency medical insurance to treat the injury, which cost taxpayers and charities over $45,000.

According to the Hennepin County Attorney, Batres pled guilty to one count of labor trafficking and one count of insurance fraud. As part of the plea, a third charge of theft-by-swindle was dropped.