The nationwide baby formula shortage has many parents turning to local milk donor banks for help. That includes the Minnesota Milk Bank for Babies in Golden Valley.

Sarah Golob dropped off a freezer container on Tuesday afternoon at the Golden Valley facility.

“Donating milk is extremely important to me,” said Golob.

The Plymouth mom has been donating breast milk since her daughter was born in January.

“This is about my eighth or ninth donation, and it’s about 400 ounces,” Golob said. 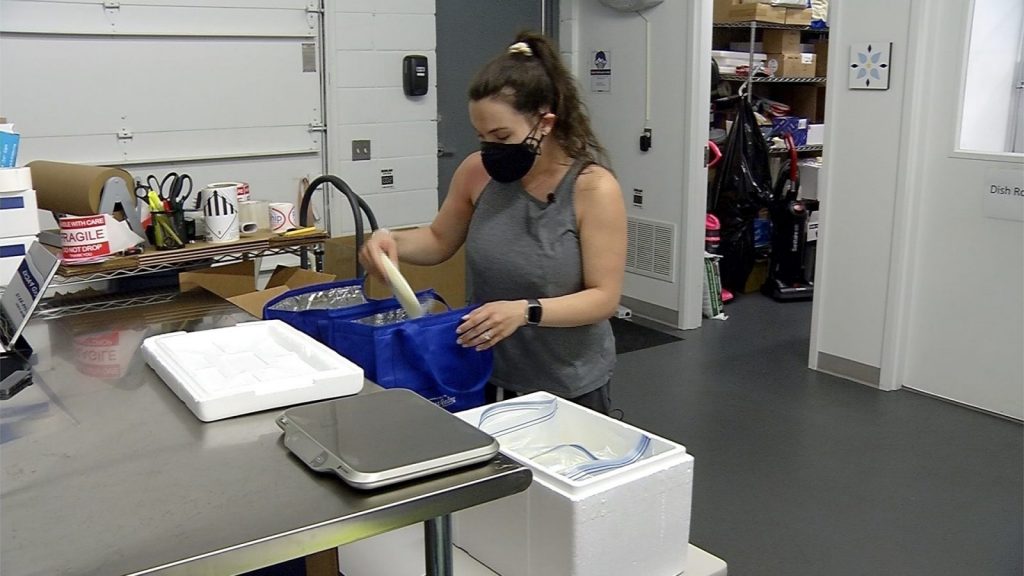 Sarah Golob has been donating breast milk since January.

Golob’s labor of love is not only helping her baby but others too.

“I willingly overproduce, and I average about 80 ounces a day,” she explained.

The liquid gold allows some parents to feed their babies during the baby formula shortage crisis.

“I’ve even donated to my neighbors and my girlfriends who have recently had kids because it just feels like it’s every parent and mom for themselves, and that’s scary,” she said.

Many people have reached out to the Minnesota Milk Bank for Babies to donate. Executive Director Linda Dech says the phones are ringing nonstop.

“There has been an overwhelming response, a very generous number of moms calling wanting to help,” said Dech.

Dech says people are also calling to request breast milk too. Since February, demand has spiked because of the baby formula shortage.

Donor milk is screened carefully. There are several steps potential donors have to go through before becoming official donors.

While donated milk won’t fix the formula shortage, it is a safety net for parents scrambling to provide nutrition for their babies.

“Being able to help other mothers, other parents, other families, other babies, honestly, it makes me really emotional,” said Golob.