Crystal Police announced late Friday afternoon that they’ve made an arrest in a homicide that happened back in February 2019. 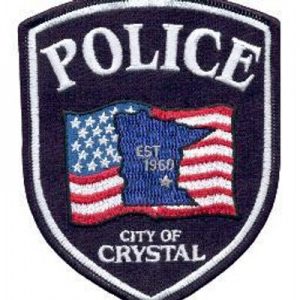 On the evening of February 15, 2019, Crystal Police Officers were dispatched to a welfare check of an individual down in the parking lot of an apartment building in the 3000 block of Sumter Avenue North.  Officers arrived and found an adult male victim, later identified as Deshawn McCabe, age 20, with a single gunshot wound to the chest.  First responders attempted lifesaving measures, but McCabe died at the scene.

Crystal Police Investigators have been actively working on this case since that time.  Through analysis of the crime scene, numerous interviews, computer and forensic investigations, and the execution of numerous search warrants, they identified and arrested a juvenile male suspect for 2nd degree homicide. Police say the person was 15 years old at the time of the shooting.

Crystal Police notified other law enforcement agencies on Thursday, and St. Paul Police took the teen into custody on an unrelated arrest warrant that day. Police say he is now booked and in custody. The case will be forwarded to the Hennepin County Attorney’s Office for charging.

Police say they determined early in the investigation that the crime was random and there was no threat to the public. Police say neither the suspect or the victim were from Crystal, did not frequent the area and they only made arrangements to meet at the location.

Police say if anyone knows anything additional about this case they would like to share with investigators, please contact the Crystal Police Department Tip Line at 763-531-1020.