Voters in the Anoka-Hennepin district had three questions to consider on the ballot.

The first two were renewal levies that would result in no tax increases. They both passed.

Question one was about the operating levy that renews 9.3 percent of the district’s operating budget to help maintain current class sizes, the level of teaching, transportation and elective programs. Unofficial results show it passed with 61 percent of the vote, or 16,335 votes. 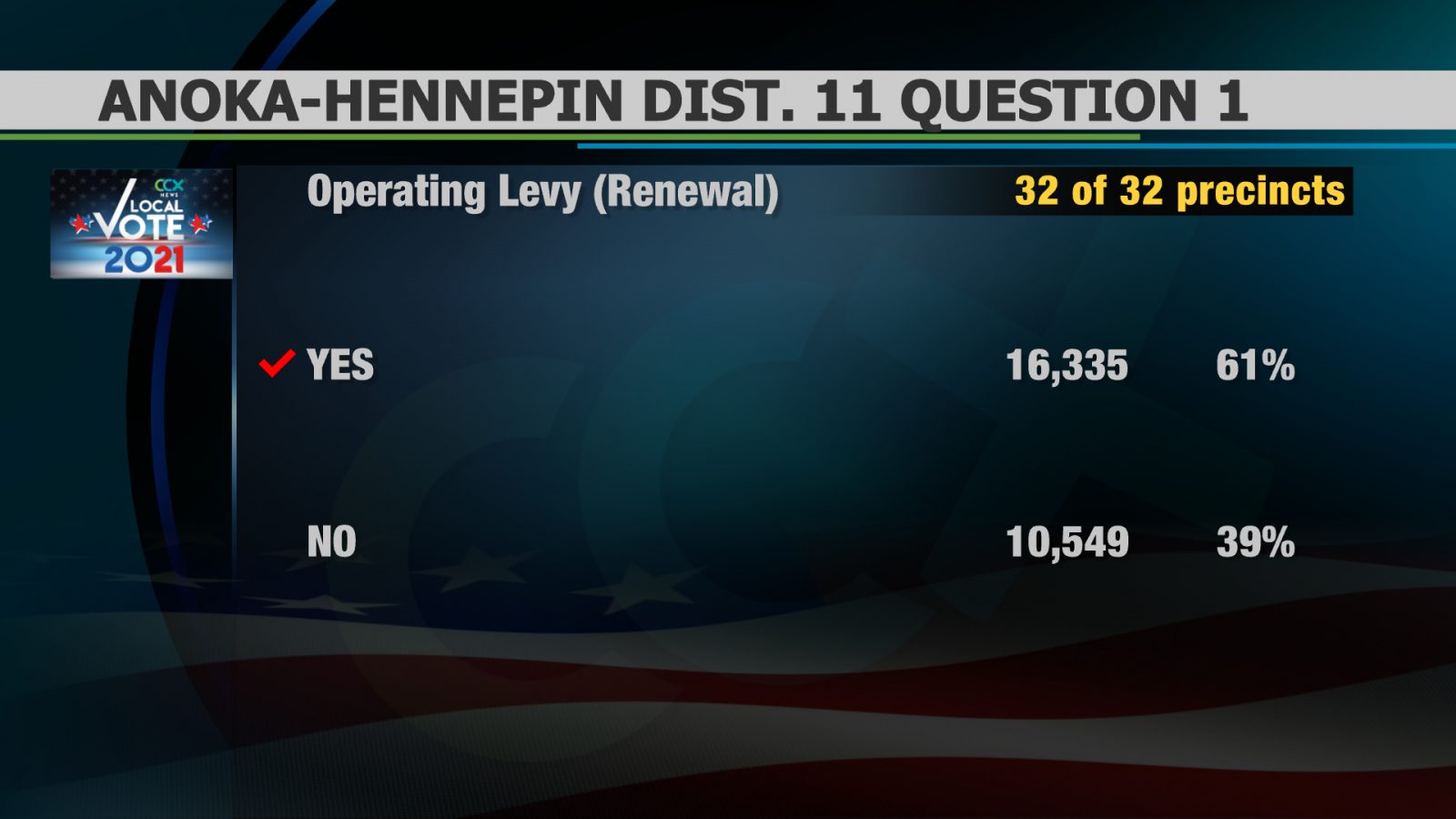 The second question was on the capital projects levy that provides technology and tools to help students learn in the classroom such as computers, audio-enhanced classrooms and broadband infrastructure. Unofficial results show it passed with 60 percent of the vote, or 16,127 votes. 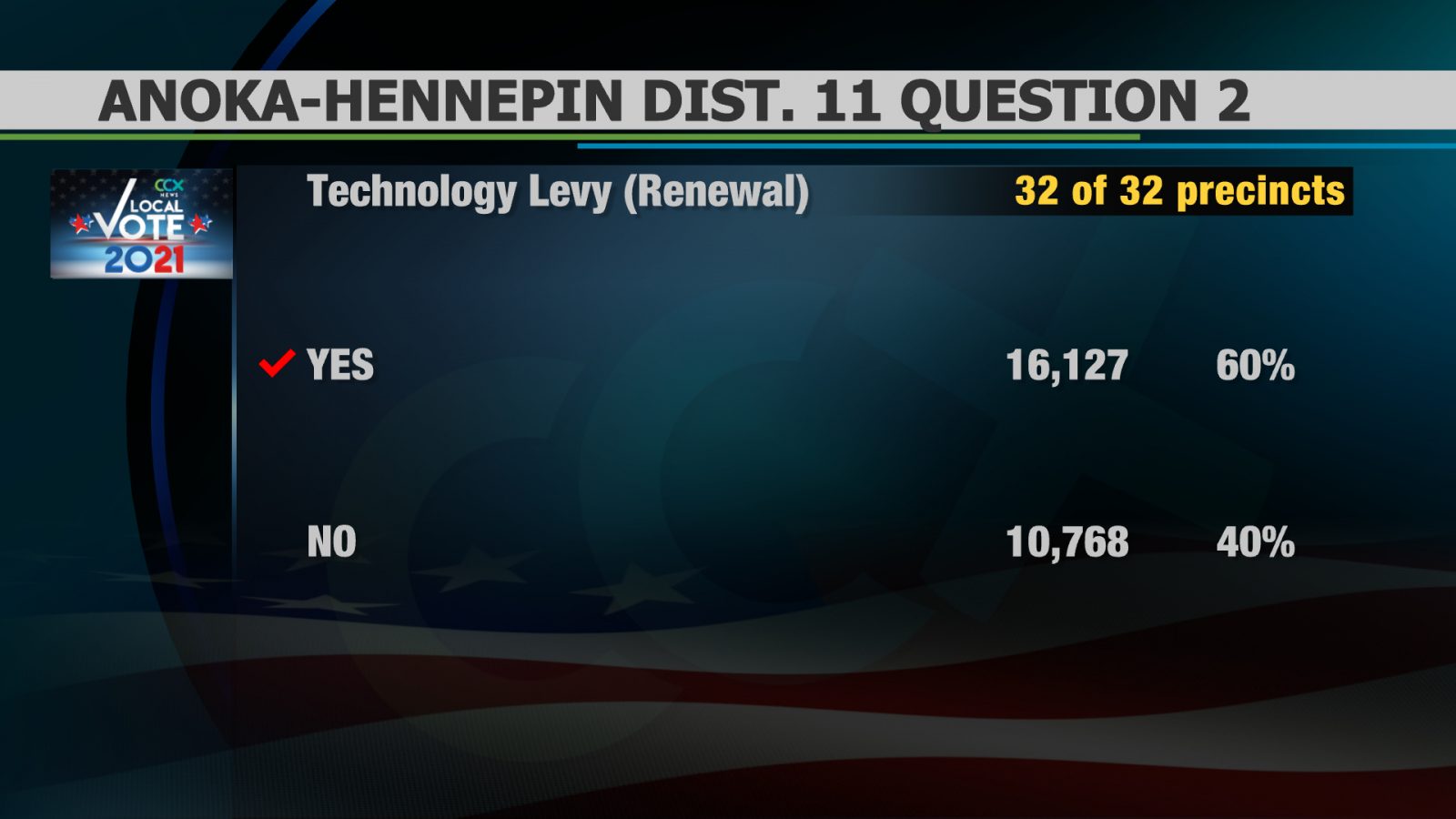 The third levy, which was a new one, did not pass. It would have continued mental health and social emotional resources that are currently provided through one-time federal funding that expires next school year. Approval of this question would have resulted in a $10 increase for a $250,000 home.

Anoka Hennepin School District Superintendent David Law said “the third one is a response to our community asking us, ‘hey, we’d like better ratios for counselors in our high schools and middle schools. We’d like better ratios in our schools.’ Our community routinely says when students aren’t reading or doing math at grade level, provide some more support for those kids. So federal funds are giving us two years to do that, but that third question allows us to extend that 10 years beyond that.”

Unofficial results show question three did not pass, with 55 percent of voters, or 14,654, voting no. 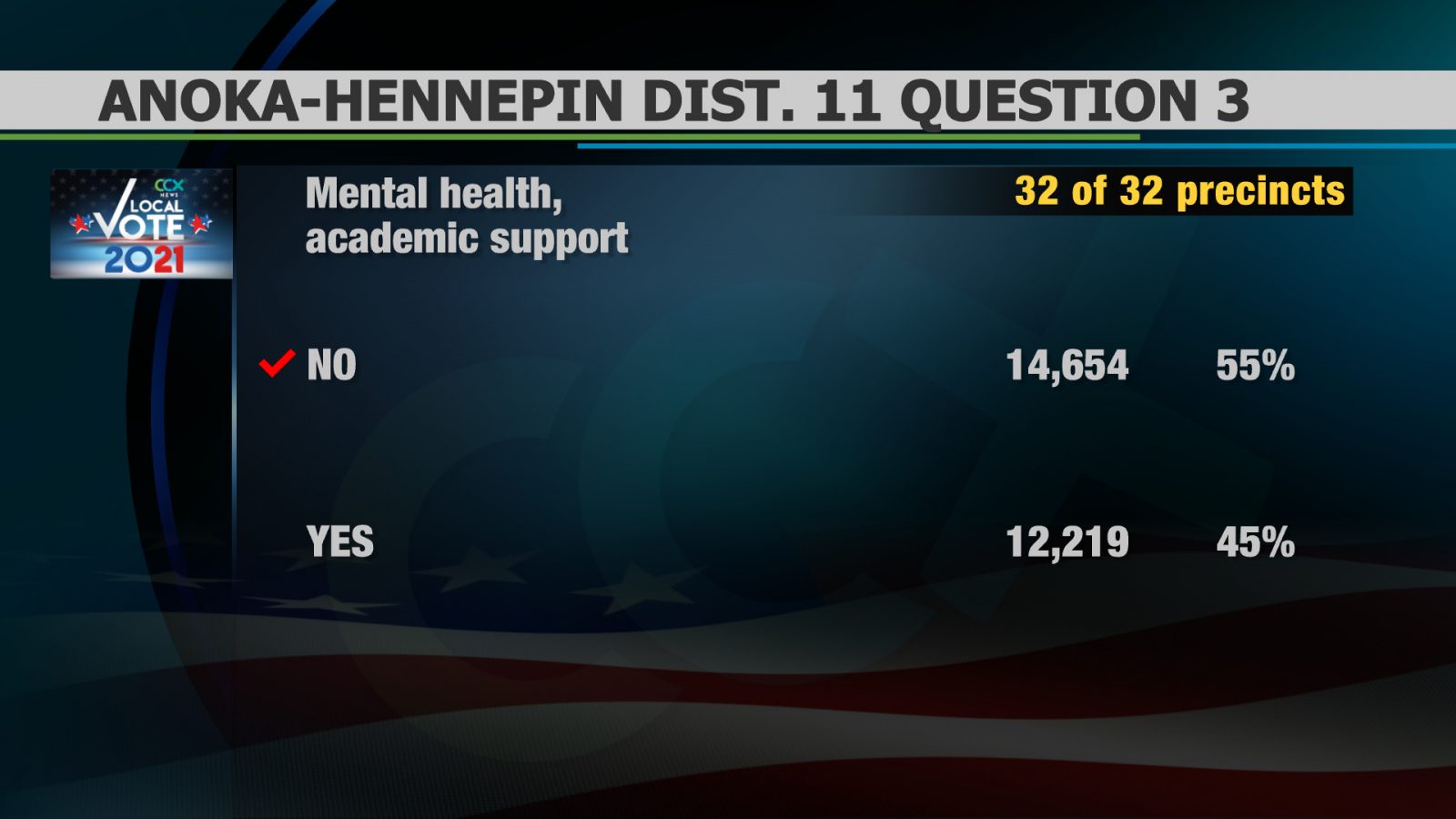 Anoka-Hennepin voters in District 3 choose representative for school board 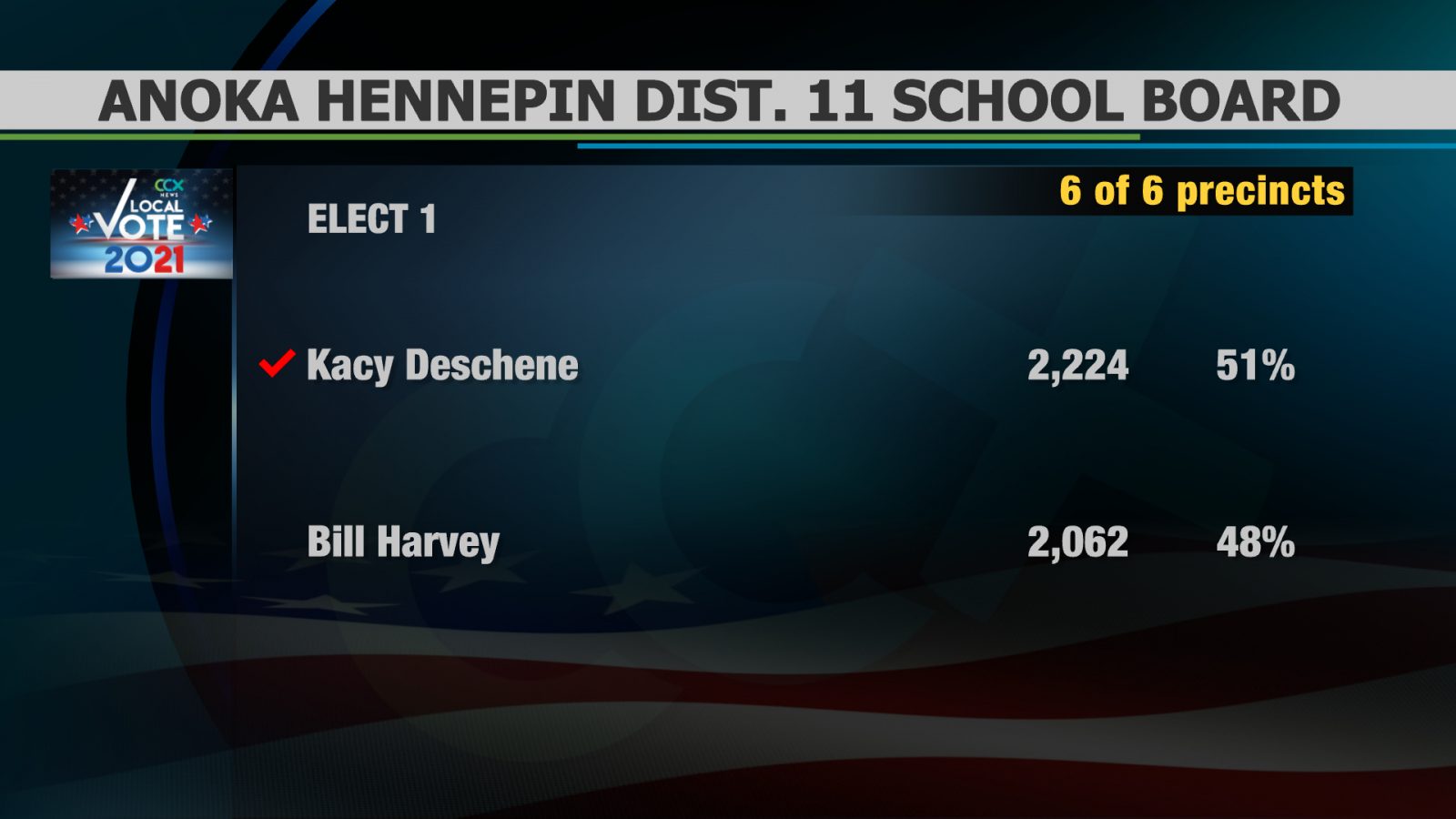 Unofficial results show Deschene finished on top, with 2,224 votes, or 51 percent of the vote. Bill Harvey finished with 2,062 votes, or 48 percent.