The largest school district in the state is proposing boundary changes. Anoka-Hennepin officials say that change is needed because of the enrollment growth in Dayton, Champlin and Blaine.

Officials say there are more schools clustered in the southern part of the district and fewer schools in the northern region, where there’s a significant enrollment increase.

“It’s creating pressure on the fewer schools in those areas, which is causing an impact on programming. So, that has us looking at elementary schools across the district,” said Kate Maguire, interim superintendent for the Anoka-Hennepin School District. 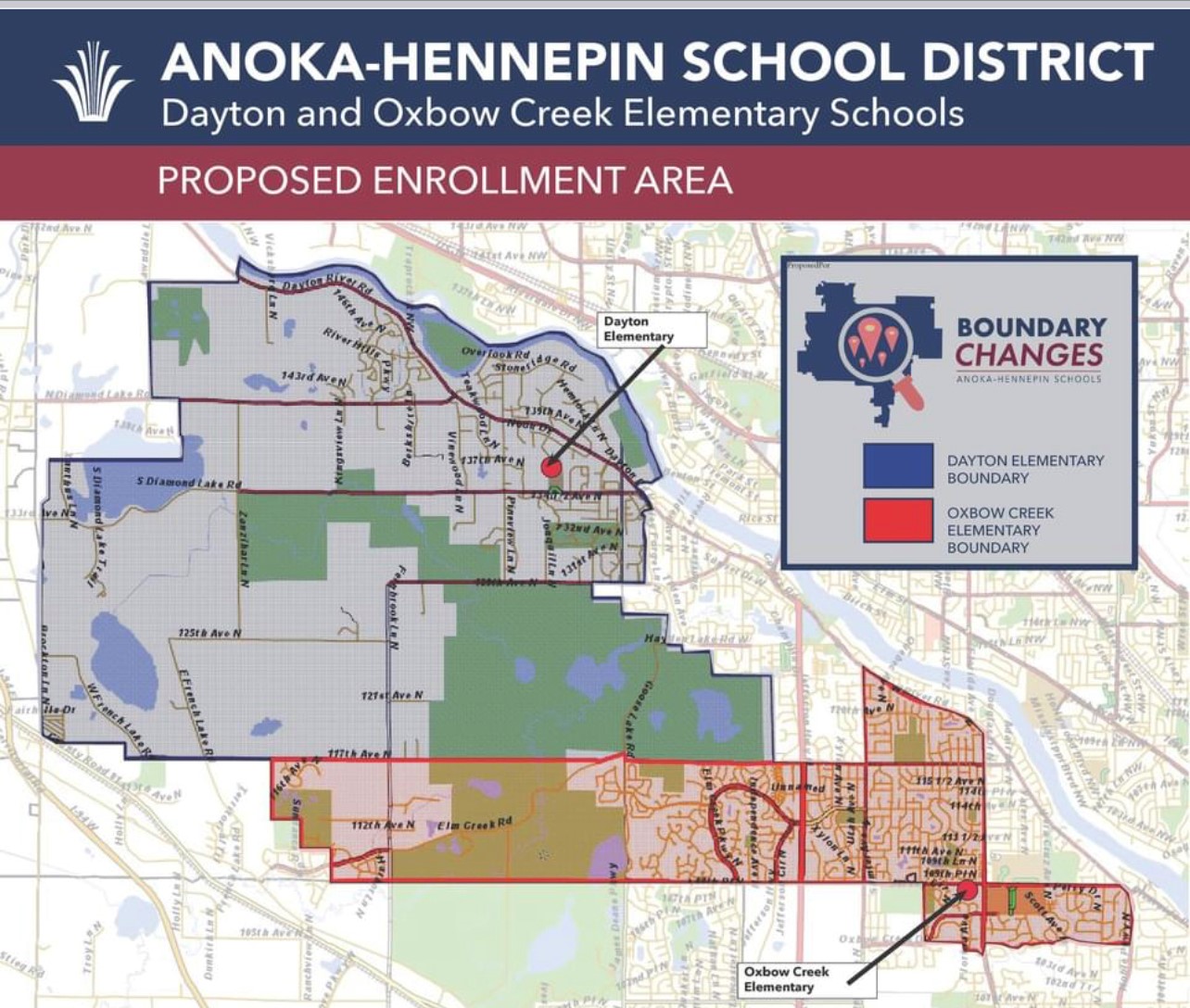 Proposed boundary changes for elementary schools in the Anoka-Hennepin District.

Boundary proposal changes will be presented along with community feedback at the Sept. 26 board meeting. The board will approve the final plans at its Nov. 21 meeting.

The changes would go into effect the following school year.