When it comes to dining out, people have no shortage of options from which to choose.

Yet there’s something about going to the neighborhood restaurant that makes the experience a little more special.

“This has been a tradition for us to come during the summer on Wednesday nights,” said Greg Landry, an Angeno’s customer. “After church we play volleyball and then we all come here, a large group, and the pizza’s fantastic.” 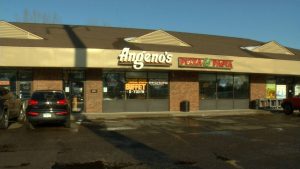 Since 1988, Angeno’s owner John Mooney has served up hearty helpings of freshly made pizza and pasta along Brookdale Drive in Brooklyn Park.

The recipe keeps loyal customers coming back week after week.

“It’s been here a long time,” said Jim Jereski, a customer. “It’s been good food, and usually everybody that comes into the area finds out about it eventually, and they stop over here and see how it’s going.”

But after Feb. 25, those pizza-loving patrons will have to say goodbye to this neighborhood staple.

“Yeah, my lease was coming up and I was not… I needed to wind down a bit,” Mooney said.

The restaurant business requires working long hours and spending time away from family. After 32 years, Mooney decided to take a step back.

“When you own your own business, there’s not such a thing as a paid vacation,” he said.

All good things must come to an end. Yet, it’s a decision that will leave a void for those who grew to love the food and the people.”

“It’s gonna be sorely missed,” Landry said. “We’re not sure what we’re gonna do to replace it.”

“I can’t thank the community enough for all the years of support,” Mooney added. “I mean, 32 years is a good run.”