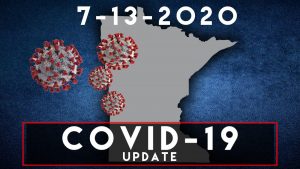 On Monday, July 13, the Minnesota Department of Health held a conference call to brief members of the media on the latest public health information regarding COVID-19.

This is a summary of that call.

Additional notes from the meeting: