Brooklyn Park police are looking for the person responsible for shooting and injuring a 12-year-old boy outside the Zanewood Recreation Center on Monday night.

Zanewood is a teen hangout spot where young people can usually get together in a safe environment. Remnants of the shooting could still be seen Tuesday morning. Glass from a car window remained scattered across the Zanewood Recreation Center parking lot.

Brooklyn Park police were initially called around 8:20 p.m. Monday for a report of a shooting. Officials say the 12-year-old boy was getting into a car when he was struck by gunfire.

The shooting happened right next to the basketball courts and under security cameras. Police say the 12-year-old who was shot was not the intended target.

“The shooter had been standing in the street and fired two rounds at the Zanewood Rec Center into a group of individuals in the parking lot,” said Brooklyn Park Interim Police Chief Mark Bruley. 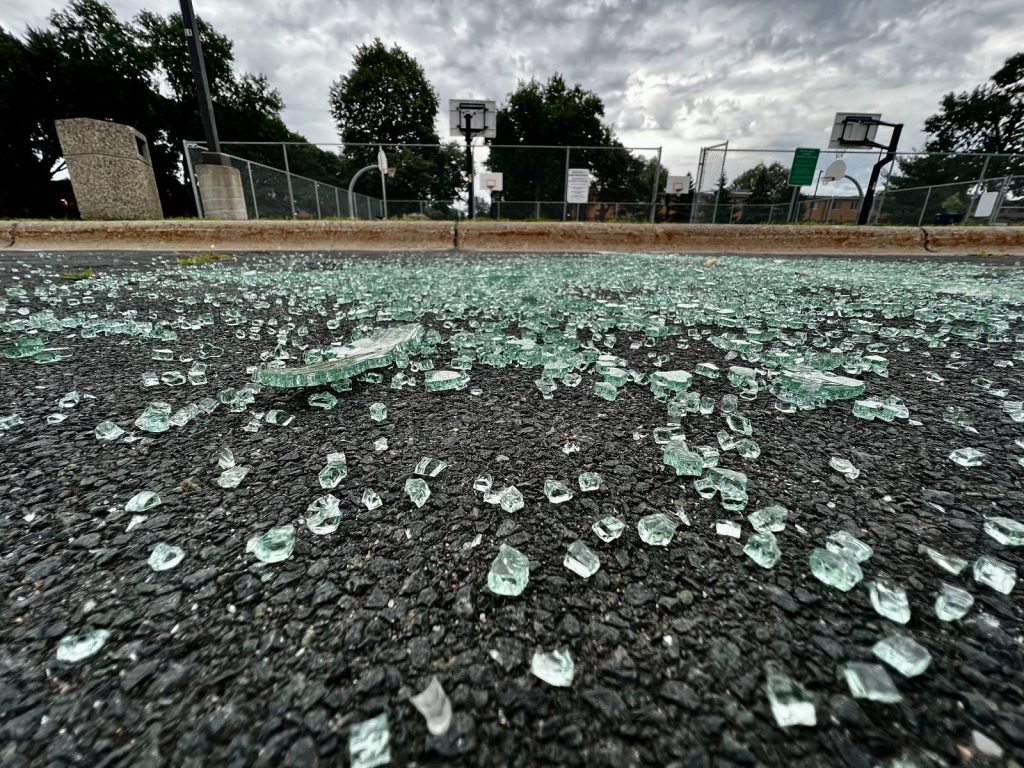 Bruley said the shooter got into a confrontation with older kids playing basketball.

Meanwhile, staff at the Zanewood Recreation Center are reaching out to young people who might have witnessed the shooting.

“We are making sure that there are spaces and places for young people to get together, to process the event that happened,” said Risikat Adesaogun, Brooklyn Park’s communications manager.

The recreation center has an outreach program called the “Blue Shirt Crew” in which members go out into the community to help young people avoid a path of violence.

Police say there are constantly patrolling the area near Zanewood and will consider providing extra resources during peak hours.

“We really got to come together as a community and take this head-on because it’s getting to be enough,” said Bruley.