One of the postponement casualties of Tuesday’s cold  weather was the Breck vs. Minnehaha Academy boys basketball game scheduled for last night at Breck.

The Mustangs say they look forward to playing the Redhawks who are ranked first in the state in Class 2A; Breck is ranked sixth.

The teams will play twice in the regular season—the first one of which will now be the February 12th game at Minnehaha. Tuesday night’s game will likely be made up on March 2nd. 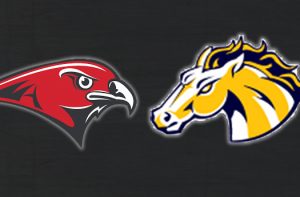