What Do About Those ‘Mystery Seeds’ from China

It’s happening all over the country. Mystery seeds from China showing up in people’s mailboxes. 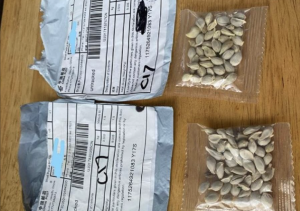 “There are basically two scenarios. Some people have not placed an order for seed and they’re getting this package unsolicited. And the outside of the package says earrings or jewelry or something like that and then they open it up and there are seeds inside,” said Denise Thiede, Seed and Biotech Supervisor with the Minnesota Department of Agriculture.

By labeling the packages as jewelry they never go through agricultural customs, Thiede said. 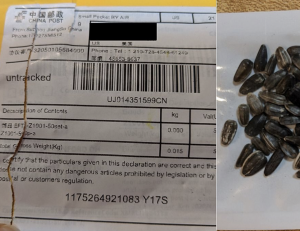 “Another scenario is that they’ve ordered seeds online, the order was never fulfilled. And then weeks to months later they got this shipment of seeds but the packages are marked the same way. They’re marked with something other than seeds on the outside and then inside they open it up and find seeds,” said Thiede.

The mystery seeds have become the subject of a federal investigation by the U.S. Department of Agriculture.

“The seeds themselves have no labeling at all they’re just in these plastic-sealed containers. It’s a small package and we’re seeing lots of different types of seed being shipped in,” said Thiede.

There are numerous potential problems with unknown seeds entering the country from places like China. 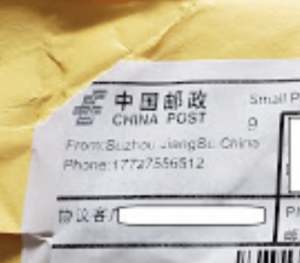 “The risk is because because its seed and we don’t know what it is it could be something that could be invasive. Or it could be a seed-borne disease that we don’t have here yet in the U.S. And so we could introduce some pathogen that we don’t have yet. And any of that really is a threat to agriculture and to our food supply,” Thiede said.

What to Do If You Get Mystery Seeds

So you’ve received a package of unsolicited unknown seeds in the mail. Now what?

“We have an Arrest The Pest hotline. There’s a phone number and an email. I recommend the email option because you’re going to get better information more quickly if you use email. We’re just having a hard time dealing with all the phone calls,” said Thiede.

Ag officials say don’t throw away the contents, but definitely don’t plant them The ‘Arrest the Pest’ hotline is 1-888-545-6664 or email arrest.the.pest@state.mn.us.

“We’re uncertain what these seeds may be and why people are receiving these unsolicited packages,” said Thiede.