“We are open to everybody who needs help. But we target the West African community,” said Edmund Ocansey, an immigrant from Ghana who founded West African Family & Community Services (WAFCS). 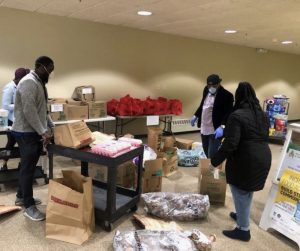 The food shelf is unique because it supplies foods that you don’t typically see at main grocery stores. While you can find items like macaroni and cheese, there are also specialty foods from West Africa.

“We are culturally specific and the staple food that we are eating is called fufu. It’s pretty much similar to mashed potatoes, starchy,” explained Ocansey. 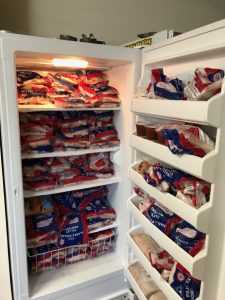 Hours Expanded to Keep Up with Demand

Many of the items are imported to the United States from Africa and are hard to come by due to COVID-19 and the closing of factories.

“The foods that we eat, the prices in the market have tripled so, we are doing our best to help these families,” said Ocansey.

He says there’s been an increased need since the stay-at-home order took effect March 27. The organization extended its hours to keep up with demand. WAFCS is now open Monday-Friday 9 a.m. to 5 p.m.

“Our numbers have grown, I can’t believe it. In the month of March, we served over 240 families, which is like 840 when you count the people,” said Ocansey.

There is a large immigrant population in the northwest suburbs. Recently, city officials with Brooklyn Park and Brooklyn Center approved money to help fund the food shelf.

According to Brooklyn Center officials, the city granted WAFCS $10,000 to provide cultural specific foods to families in need within the city. Ocansey submitted a project report to the city on April 17. The report stated, “The most remarkable accomplishment we at WAFCS can say is that we were there when the community needed us the most.”

The Brooklyn Park City Council was also able to provide funding to help expand services. The city council unanimously approved $10,000 for WAFCS on March 23. The council also allocated $20,000 to other nonprofit emergency service providers operating in the city.

“It gives people the food that they are familiar with, that they are used to, especially when they are indoors and can’t go out. At least they can have food around that’s familiar to them,” said Brooklyn Park City Council member, Wynfred Russell.

“When Edmund Ocansey and I worked together at the Greater Minneapolis Council of Churches in 2015, we knew that there was a great need for West African-specific foods to be available in our community,” said Jacobson. “We looked at several spaces and after a discussion with Edmund’s own church, Brooklyn United Methodist, it felt like the perfect place at the intersection between Brooklyn Park and Brooklyn Center. It has been amazing to see Edmund continue on with the program and getting others involved in keeping the shelves stocked, helping our community in such an important way.”