Stages Theatre is back this holiday season with an in-person Christmas favorite, “Elf The Musical, Jr.”

The show is different from the movie, but you still get to hear the Buddy refrain, “The best way to spread Christmas cheer is singing loud for all to hear.”

Stages Theatre is back after going dark for almost two years with the live performance of “Elf the Musical, Jr.”

“It’s this weird time warp. It doesn’t feel like it was that long ago that I was talking to you here in our theater. But it’s been 20 months,” said Sandy Boren-Barrett, Artistic Director and CEO of Stages.

But now with the live performance of Elf, Stages is happy all the time.   You may recall stages doing Elf in the winter of 2019. This is the same joyful show but it’s grown, literally.

“Many of the elves have grown tall enough to play office workers,” said Barrett. 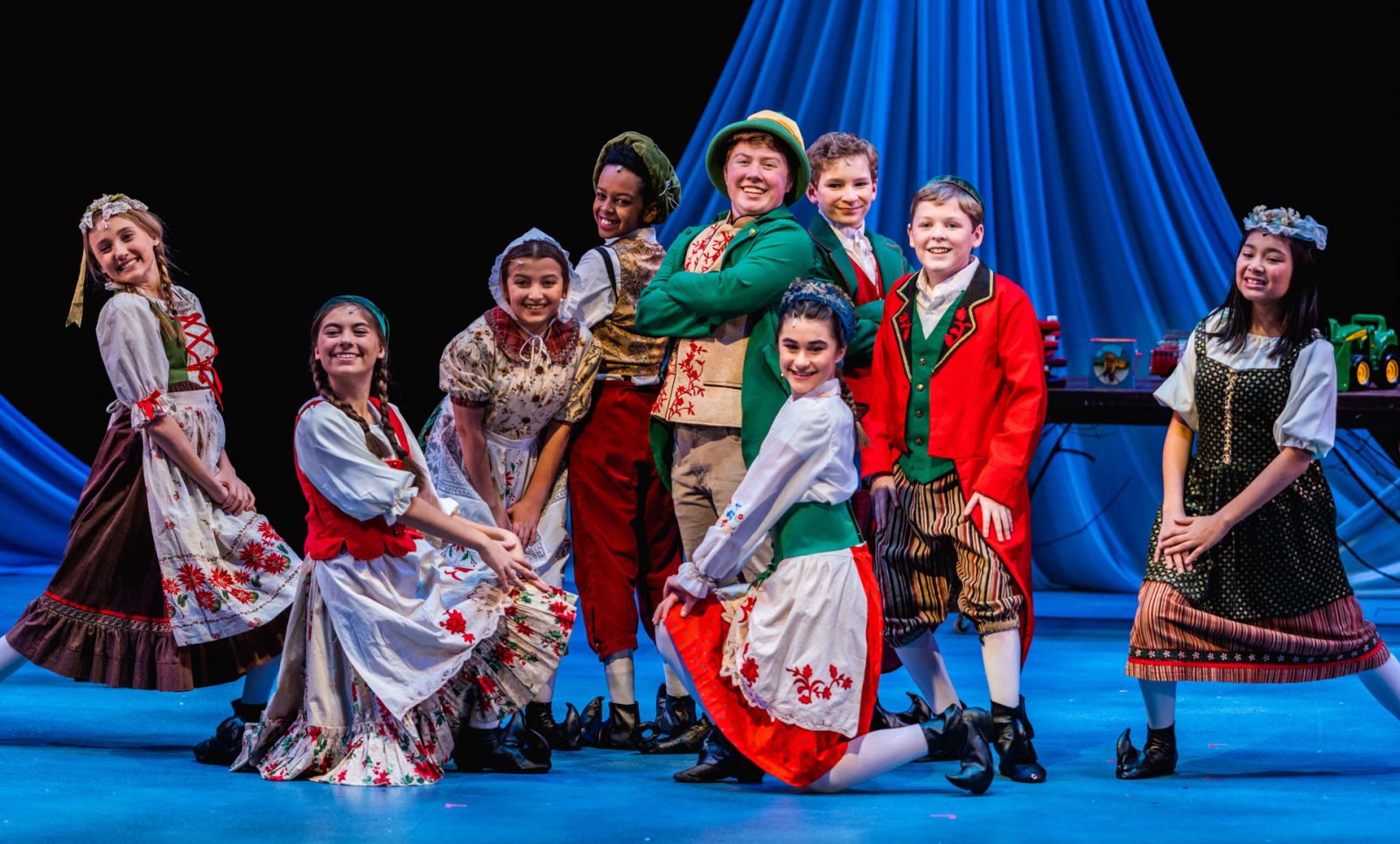 “If you’ve seen the movie, Elf, you probably know a lot of how Buddy reacts to things. I think a good thing to remember is that the musical is much different than the movie. So when you see the character on stage he’s much more bubbly,” said Keeley.

Livv Rankin is a veteran from the first show. She returns in this show as Miss Greenway, and says coming back is like coming back home.

“Stages really took me in. And as my first like community theater here I really appreciate them and all the work that I’ve gotten to do here, “ said Rankin.

“I love all the dancing and the singing. In all the other shows I’ve been in there hasn’t been like much dancing. But I love to be able to like perform like with many dances and like songs that are like so fun to be in,” said Brenna Antonson. She plays Darlene and in the Ensemble.

It really is the perfect show to get into the Christmas season. But a word of caution before you go.

“We are seating in pods so families can have some space between them and other theater goers. We are asking our audiences to be masked regardless of age. And we are also checking for vaccinations for our audience member who are 18 plus,” said Barrett.

Since they won’t be seating to full capacity, tickets and seating will be limited. It’s worth checking admission requirements and ticket availability on the Stages website.