Looking for some alternative fun this Halloween weekend? Providence Academy theater is waiting to punch your ticket and get a “Clue.”

“We’ve been a year and a half without live theater,” said Melissa Simmons, Providence Academy theater instructor.

But the good news is they’re back.

Providence Academy performance of “Clue” is on stage now through Sunday. 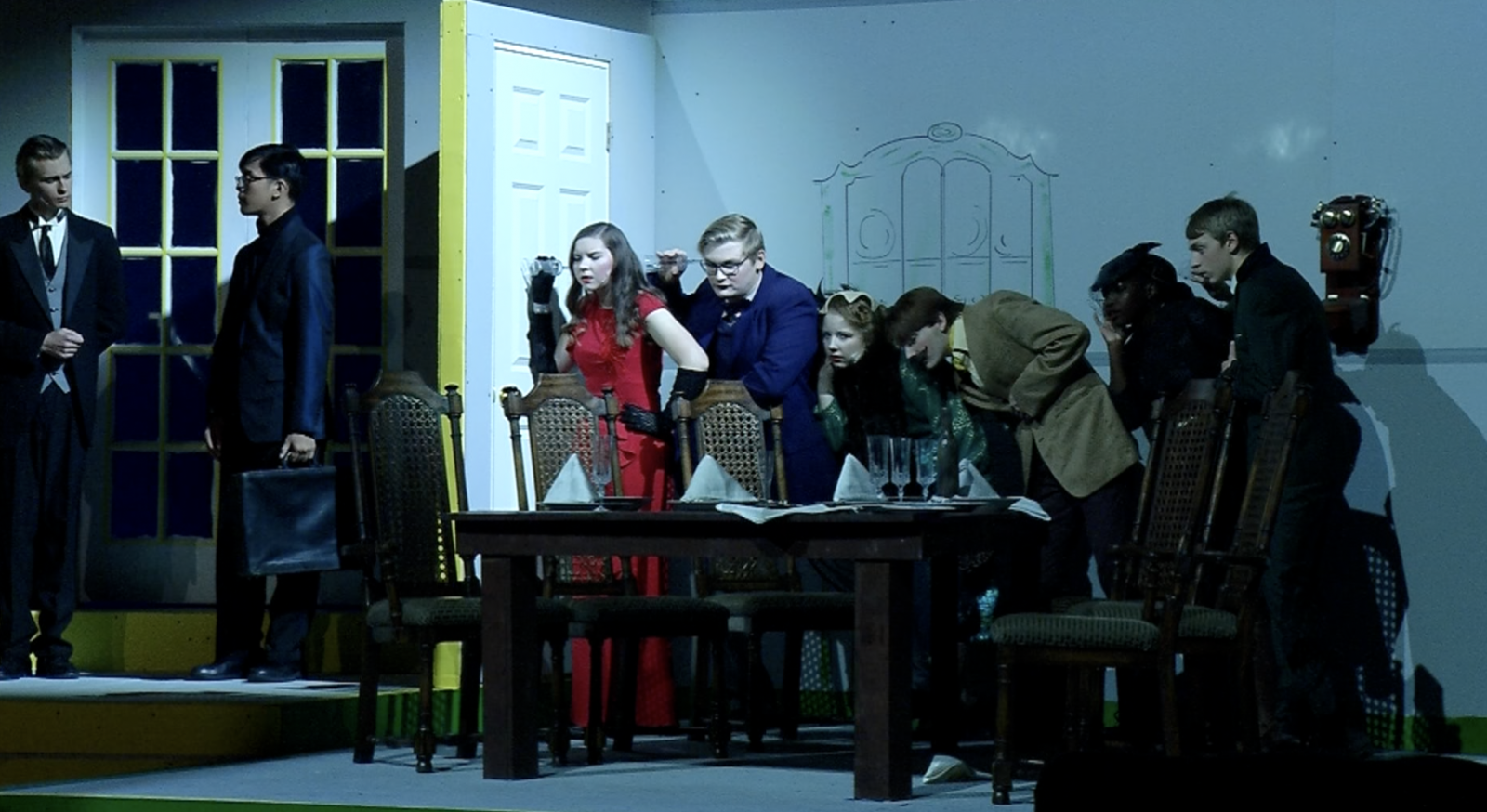 cast of “Clue” on stage at Providence Academy

It all started with a board game .

“Clue” is a comedy murder mystery play based on a movie, based on a board game.

“I have played the game. When I was younger I used to play as Miss Scarlet all the time. The red and she just looked so movie staresque. That drew me in,” said Boyland who plays Miss Scarlet.

And none of it would happen without a dedicated tech crew.

“I like the parts that are also most chaotic which sounds weird. But like my part during the show is calling all the cues. So as stressful as it is, I like the parts in my script where it’s like sound cue go, light cue go, and its all happening all at once,” said Olivia Bissonette, senior and stage manager for the show.

“The set is amazing. All the visuals. the props. But definitely the people are what made it so great. All the energy that people bring,” said Amelia Hilberg, a senior and assistant stage manager.

They’ll keep you guessing who the killer is till the hilarious end.

Showtimes for “Clue” at Providence Academy are 7 p.m. Friday and 2 p.m. both Saturday and Sunday. Tickets can be purchased at the door or online.