In the world of hobby maple syrup production there’s the drip drip drip of sap into pails. And then there’s Somerskogen Sugarbush.

“In Norwegian, which is my wife’s and my heritage, ‘skogen’ means woods. And so using our name plus skogen, Somers, woods, Somerskogen,” explained Don Somers, owner and founder of Somerskogen Sugarbush.

It’s 17 acres of a serene setting that produces some of the best maple syrup ever, says Somers.

When Don Somers bought the land almost 30 years ago there was an old cabin on the property.

“In the cabin was a shoebox filled with some old spiles and a drill bit. I couldn’t even tell you what a maple looked like in the winter from a basswood. We tapped 23 trees cause that’s how many spiles were in the box,” said Somers.

The syrup bug had bitten the Somers’ family and the rest as they say is history.

Somers says right now is the height of the sap flow.

“All the trees go deep into the woods at the lowest point and collect into a 800-gallon tank, similar to that first one,” he said.

Somers has three 800-gallon tanks designated to specific duties in the sap collection process.  The almost garden hose flow at times is the product of 1,200 taps on more than 900 sugar maple trees.

“There’s about five miles of tubing out here,” said Somers.

All brought together via this superhighway of sap.

It’s been 27 years of learning and perfecting. Changing things that didn’t work. Adding things that made the process more efficient. Like a reverse osmosis machine Somers now uses.

“This is the first thing I should have bought,” he said.

It gets the sap from two percent sugar content up to eight percent.

“This evaporator can handle a 135 gallons of sap an hour in a continuous flow,” he pointed out .

It’s his fourth evaporator. And when time came to replace his wood burning one two years ago, Somers went with propane.

“I realized that I didn’t want to be cutting and splitting wood in retirement,” smiled Somers.

The process really is a thing of beauty.

“We actually have it mechanized it enough that my wife and I can handle the whole operation ourselves,” he said. 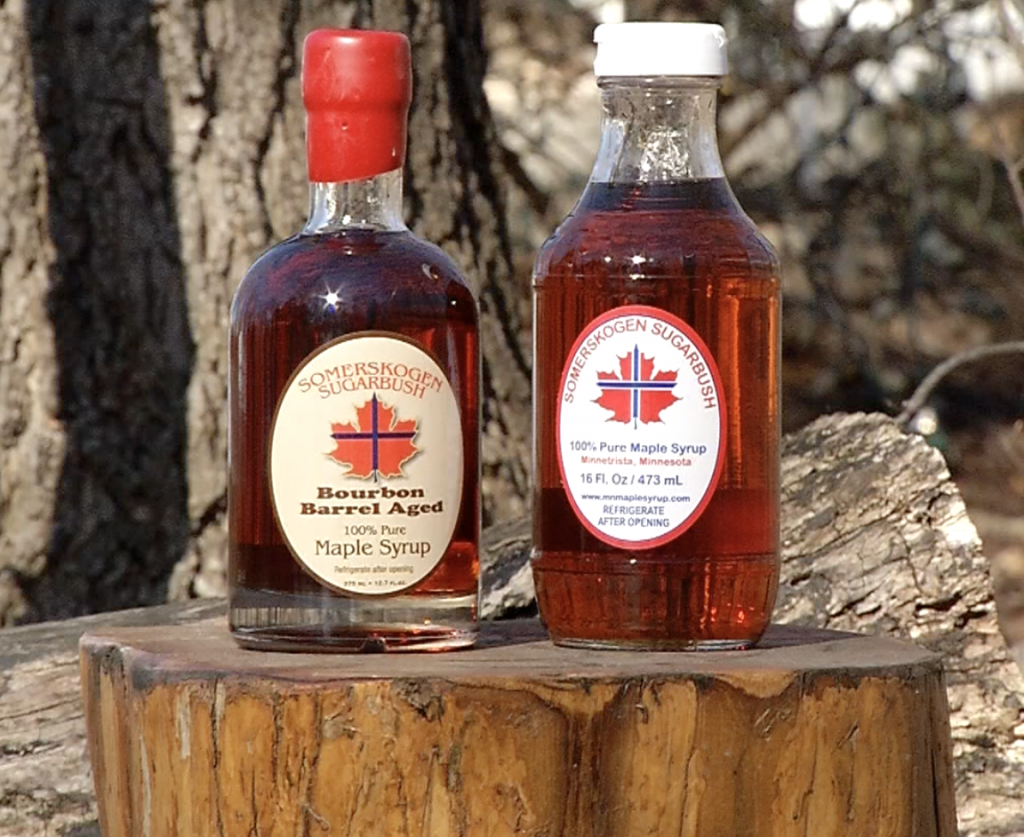 The syrup they produce is beyond compare with complex subtleties rivaling any fine wine.

“We’ve won first place in the last two years at the Minnesota Maple Syrup Producers meeting. So was pretty proud of that. And I’ve got a blue ribbon at the international meeting up in Duluth,” said Somers.

Those accolades are confirmation of 27 years of accumulated knowledge.

Soon the temperature will no longer dip below freezing at night signaling an end to another syrup season.

“Started out as a hobby and still a hobby. But it’s a little bit out of control as my wife says,” admitted Somers.