Three Rivers Park District naturalist Vicky Wachtler says the new program allows people to get to know the history of the area.

“People can walk on our Monarch Trail and learn a little bit about the history of this area and some of the people that lived here before this became a park,” said Wachtler. 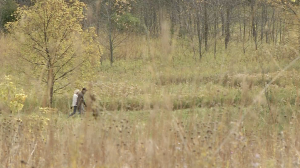 The Monarch Trail is an easy 3/4 mile hike that begins and ends at the Nature Center.

You can also tour the Pierre Bottineau House that has been moved to the property. The house was built in 1854 and has been located at Elm Creek Park Reserve since 2009.

You can explore the parkland and see who might’ve lived in the space back when. As you explore, treat it like a forensic scavenger hunt. Another example is a willow tree that’s very close to a giant poplar, which is close to an old clothesline. Clues like that can make you think about the people who would’ve homesteaded on the land.

Learn more about Eastman Nature Center and its programs here. 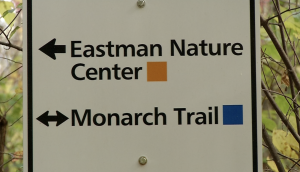