At Down in the Valley music shop in Golden Valley, the store’s 50-year anniversary is coinciding with an ongoing vinyl revival.

“It’s hip now to listen to vinyl,” said Scott Farrell with Down in the Valley.

Cassette tapes supplanted vinyl in the early 1980s and then CDs took over the market followed by digital music options. But records are proving to be resilient.

“It’s actually that physical piece,” said Farrell. “We went so long in the digital world of music, iPods, MP3s but there was nothing to hold, there was no artwork to look at.”

New vinyl is now in high demand at Down in the Valley. It’s a trend the music and novelty store started seeing around 15 years ago and really picked up around 2015. 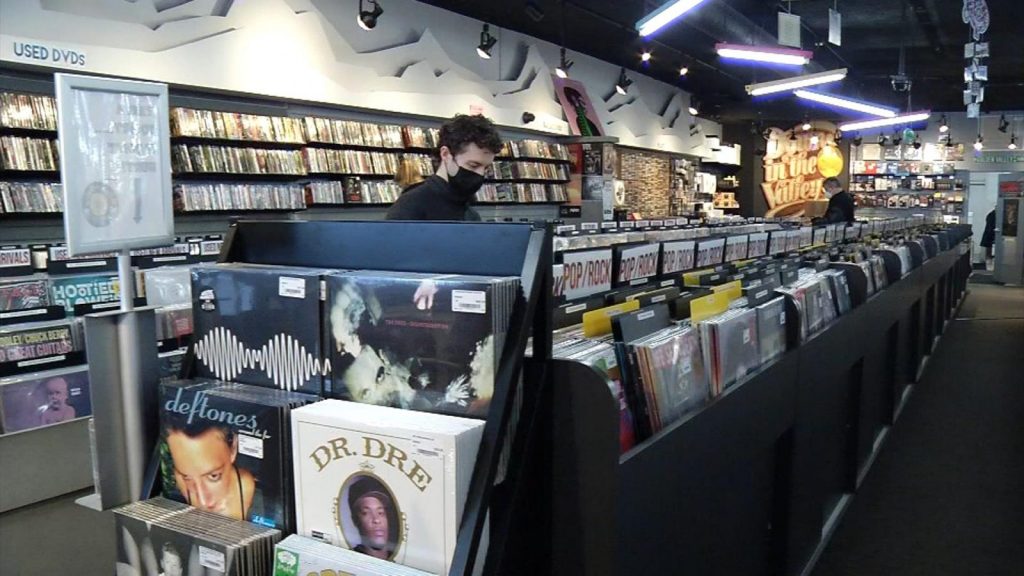 Records on display at Down in the Valley in Golden Valley.

“So as we come to today, 2022, it’s at a peak level and you see turntables and records in commercials and everywhere you look now there’s turntables and it’s quite surprising how far this has gone, but we’re enjoying it,” Farrell said.

“My phone rings all day with people saying, ‘do you have this record?'” said Shawn Smith, who owns Twin City Smitty’s Vintage Audio in New Hope.

Smith’s store sells old records and other used media as well as vintage audio equipment that he refurbishes. He too has seen an uptick in sales lately.

“Guys will come in, buy $100 worth of records and then come back a month later and buy $100 more, so people are building collections again,” said Smith.

He added, “I would say it’s the nostalgia, people are coming in looking for records they owned as kids.”

But this renewed interest in vinyl isn’t exclusive to the older crowd. Today’s teens are also buying in.

“A lot more young people are coming into the market, buying vinyl, getting into it, their parents are helping them buy that first turntable,” said Farrell.