On Wednesday night, U.S. Rep. Dean Phillips hosted a roundtable discussion focusing on the high costs of child care. Phillips and a panel of experts hosted the public meeting at New Horizon Academy in Plymouth.

Child care costs in Minnesota currently average almost $17,000 a year per child. That’s among the highest in the country.

“In the United States of America we’re paying people more to watch cars in parking lots than we are to watch our kids in child care centers, that’s un-American if you ask me,” said Phillips.

“As a parent of a student in child care I can tell you it’s extremely expensive and I’m of privilege to be able to afford it,” said Marcott. “But I know not all families can or do, so I think it’s important to invest in those early education children and set us up for the future.”

“If Democrats and Republicans can’t agree that our foremost most important investment should be in kids then we have real problems but I know we agree,” said Phillips.

Research suggests kids who receive a quality pre-K education go on to be better students.

“My 6-year-old was more prepared for kindergarten, more socialized, just more educated on the things he needs to know to be able to succeed in kindergarten and beyond,” said Marcott.

Investing in early child care and education will be expensive and the question remains where will the money come from. Phillips suggested one possibility is reallocating funds, perhaps from the national defense budget which is currently $782 billion. 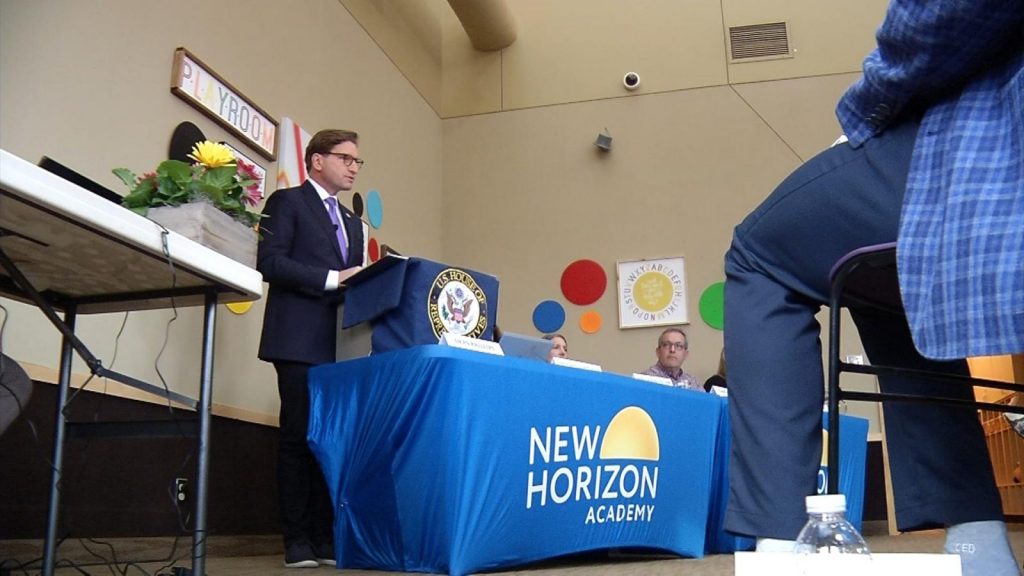