Plymouth fire investigators are trying to determine what caused a two-alarm house fire Saturday night. The fire happened on the corner of Weston Lane North and Vicksburg Lane North at around 10:30 p.m.

When crews arrived on the scene, they saw flames and smoke coming from the backside of the house. Fire crews used a high-tech tool to douse the fire. Seven different agencies from neighboring departments helped to put out the flames. 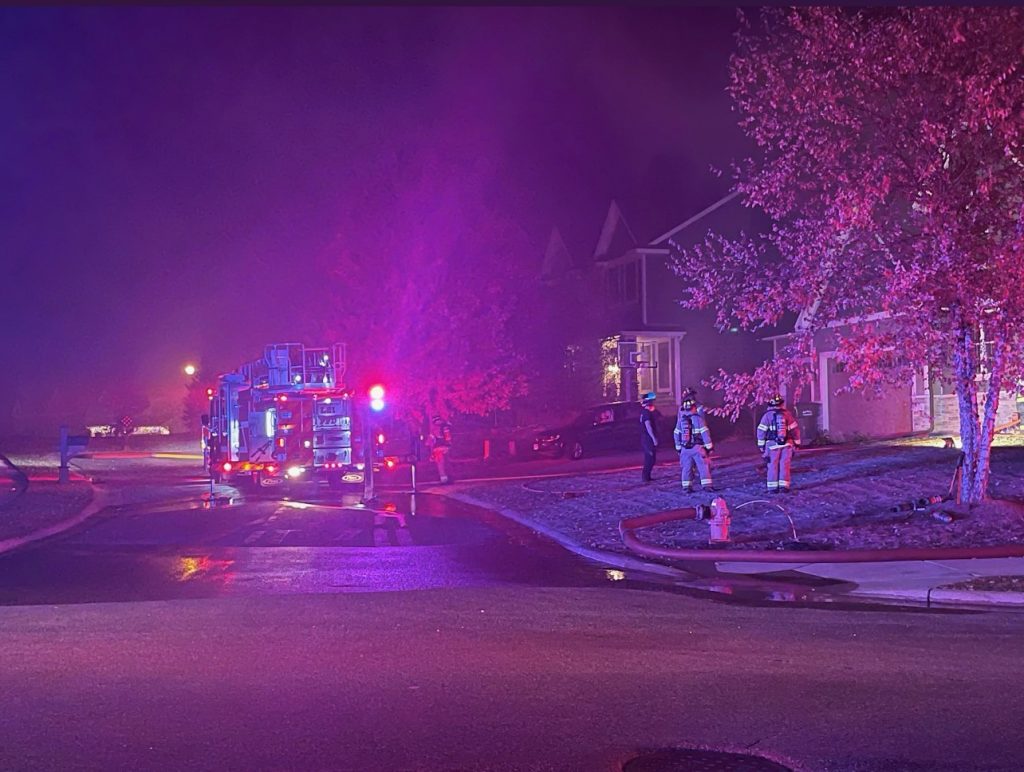 A family is displaced after a fire Saturday at Weston Lane North and Vicksburg Lane North. Courtesy: Plymouth Police Twitter

“Our first arriving crew was there very quickly and was able to deploy what we call a deck gun, which is a large master stream device on the engine. So, they can flow a lot of water very quickly,” explained Plymouth Deputy Fire Chief Dave Dreelan.

No one was hurt, but there was extensive damage to the property. The homeowners are displaced for the time being.