Try Out Crokicurl in Maple Grove

Crokicurl is a combination of the board game crokinole and the sport of curling. The sport might have originated in Canada, but you can give it a try in Maple Grove this weekend.

“This is the first in Minnesota,” said an excited Tanya Huntley of Maple Grove Parks and Rec.

The sport was first played in Winnipeg, Canada.  Huntley says Maple Grove has just created the only Crokicurl rink in Minnesota.

It’s like you’re on a life size board game of Crokinole. Maple Grove has constructed the rink in Central Park. They ingeniously made their rocks out of wheels from lacrosse nets. 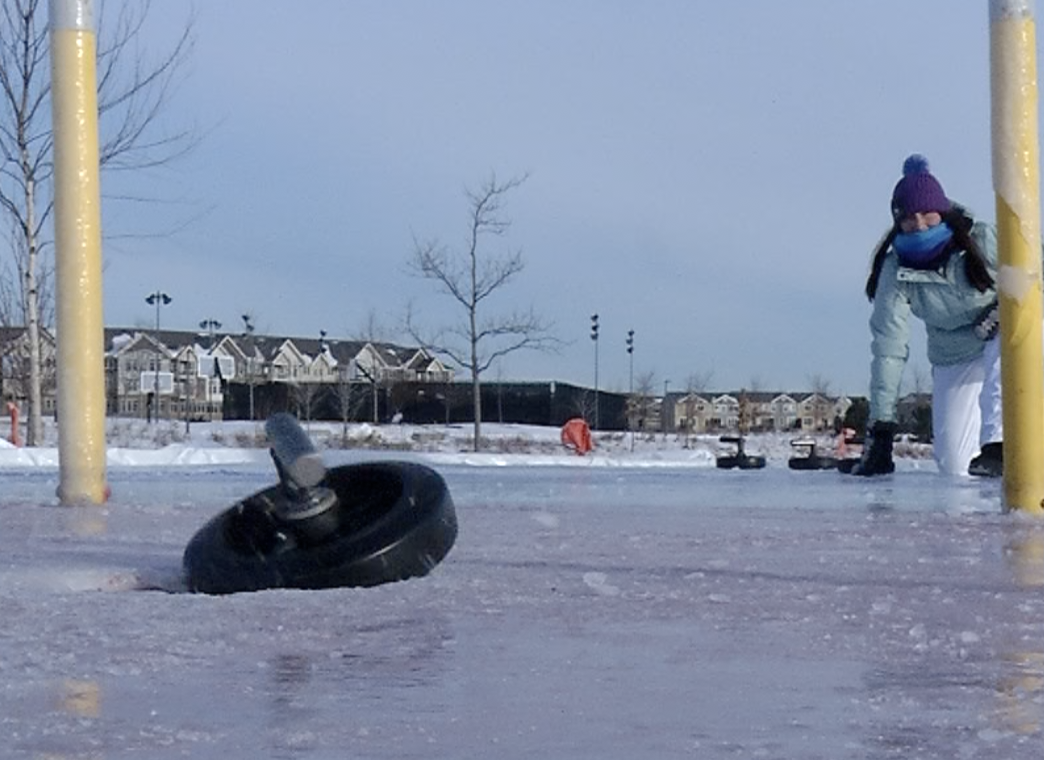 The City of Maple Grove has erected the only Crokicurl rink they know of in Minnesota. Saturday 1/22 and Sunday 1/23 from 1-4 p.m. they will host introductory events demonstrating how to play at Central Park.

“You get four rocks. Our goal is to shoot the rocks into the center hole or the button. Then each layer or each color circle is a different amount of points. So 20 points for hitting the button. Fifteen points for the red circle. Ten points for the white. Five for the blue, and then zero points if you’re on the outside,” said Huntley.

The game is simple and fun.

Two people can play Crokicurl with each other, or you can have teams of two to four people.

“So the goal is just to know your opponents rock off and then score the most points,” said Huntley.

It’s first come first serve. There is no sign up. And this weekend the Maple Grove Parks and Rec Department will be out both Saturday and Sunday from 1 p.m. to 4 p.m. helping folks wanting to learn more about this fun outdoor winter activity that just blew in from Canada.

“It’s a free activity we are just offering and extra activity to the community in hopes to get some people outside in the winter and staying active and being healthy,” said Huntley.

If you want to play during the week check in with the desk at the warming house to unlock the rock box. Huntley says if the game takes off they’ll continue to modify and upgrade their stones and equipment and perhaps expand the number of rinks.

For more information on the introduction to Crokicurl event on Saturday and Sunday go to the Maple Grove Parks and Recreation Facebook page.