Those were common sights and sounds Tuesday at Crow-Hassan Park Reserve in Wright County as the Three Rivers Park District orchestrated a controlled burn.

“Fire is a really important part of the ecosystem,” said Mitchell Haag with the Three Rivers Park District. “Without it we lose a lot of species, like ground nesting birds and pollinators.”

The prairie pyrotechnics were visible all day because the weather cooperated. 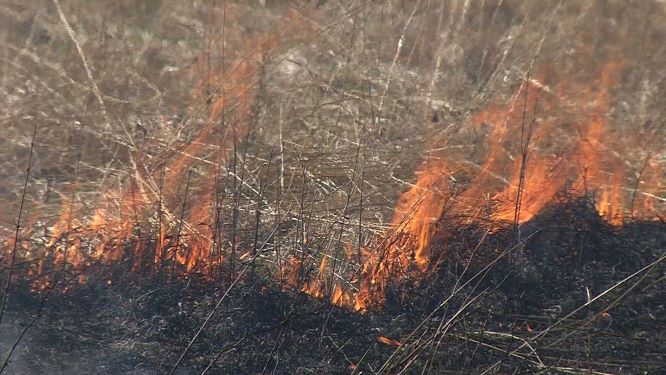 The flames left scorched earth in their wake, burning 65 acres. But ultimately this smokey scene will restore the park’s nutrient-poor soil.

“We’re doing a controlled burn so that we can control invasive species,” Haag said. “We are recycling the nutrients back into the soil so the new plants can take up the nutrients.”

These burns are nothing new. The Three Rivers Park District does them every year. The process is critical for insects, critters, native grasses and wildflowers.

“Invasive species can come back in here,” Haag said. “Everything will be reforested again. We want to keep these areas open because it’s really important for wildlife.”

A Three Rivers crew of 12 spent the day starting fires and also getting in position to douse flames when necessary.

“We start back fires and make sure everything is secure before we come around with the head fire,” Haag said. “We don’t really have any issues with jumps or anything.”

These controlled burns will continue throughout the spring. Next week they’ll be at Elm Creek Park Reserve in Maple Grove.