A recent study says Americans started 4.4 million business last year, that’s 24% more than the year before. The New York Times reports the coronavirus crisis may have sparked a boom in U.S. entrepreneurship.

Entrepreneurial growth is also happening in the northwest suburbs. Those facing economic downturn and job loss are now becoming their own boss.

Jessica Mayer was is chef at a Minneapolis catering site. COVID-19 slowed business so significantly, the Maple Grove resident began baking goods at home to sell instead.

“I decided to start my own business, it’s always been my dream,” Mayer said. “My business is called Bake You Happy.” 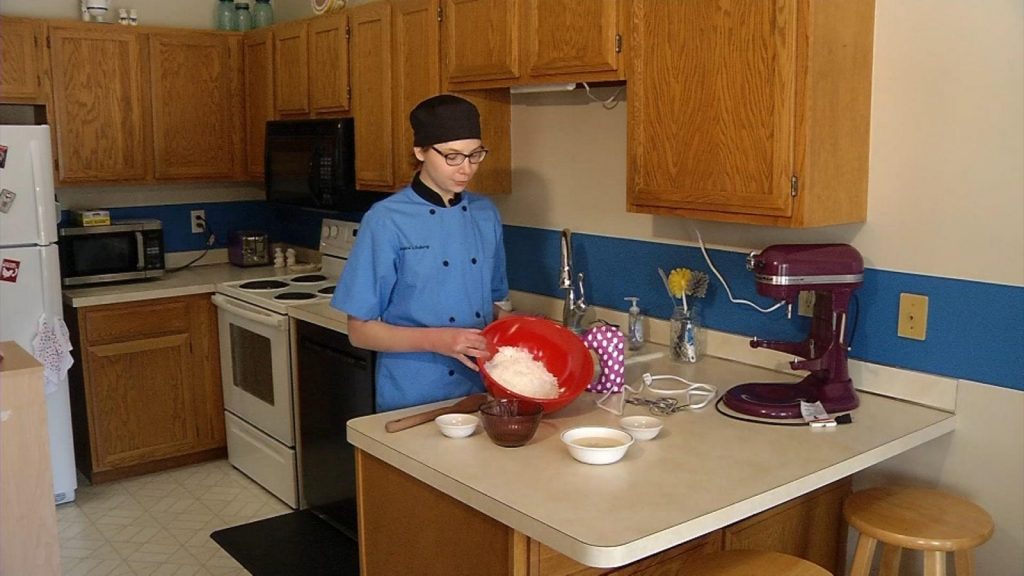 Challot By Haley in a Golden Valley Home

Other chefs had the same idea. Haley Lerner lost her job during the pandemic when she was five months pregnant. But the loss eventually became a gain when she turned her baking passion into a business.

“This is my basement. I call it my challa headquarters and my husband built this kitchen for me for the business,” Lerner said.

Lerner’s business is called Challot By Haley. The chef bakes challa, a traditional Jewish bread typically eaten on the Sabbath day, on ceremonial occasions or on major Jewish holidays. 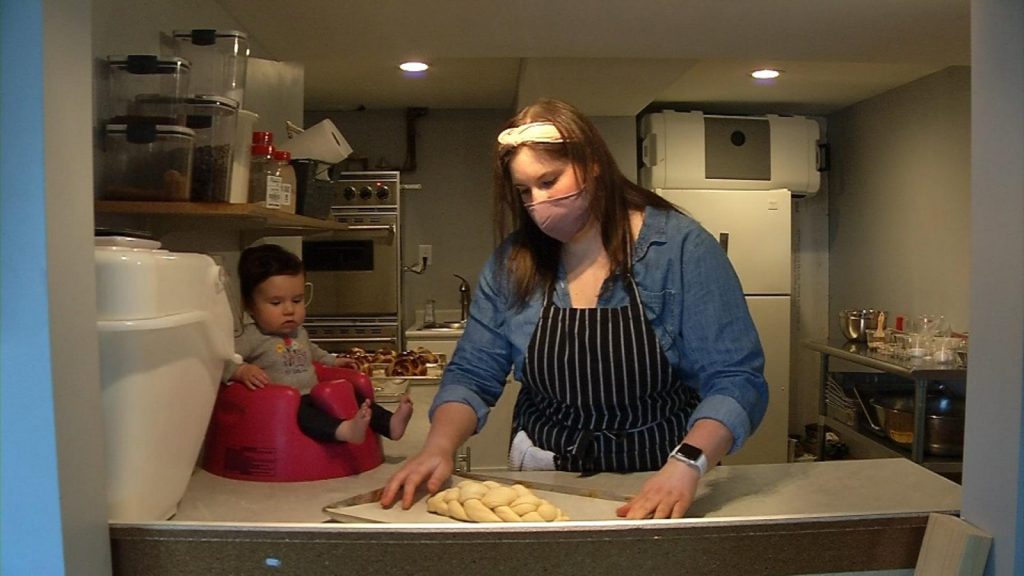 Challot By Haley Owner Haley Lerner and her daughter.

“Definitely with COVID, people are clutching at straws trying to figure out ways to make money because of the way the economy has gone downhill,” Kim explained.

Chefs who want to sell baked goods like Lerner and Mayer are required to get their cottage food license from the Minnesota Department of Agriculture.

“Very limited with what you can do with that. You can cook from home using that license but you can only do things like cookies, brownies, baked goods, or things like pickles or other things in jars,” Kim aid.

Mayer said it takes knowing some science too if you want to stay within the cottage food safety guidelines.

“If you make cream cheese icing or something, it has to have a certain ratio of cream cheese and sugar so it’s not hazardous and make people sick,” Mayer explained.

Sweets and dough aren’t the only goods on the rise in the northwest metro. Food trucks have been a booming business. Kim says these are the types of businesses he inspects yearly.

“That tends to be something when the economy goes down a bit, for some reason, people jump into the possibility of owning a food truck,” Kim explained.

That’s exactly what Rod Knowles did. Knowles is the owner of Brass Rail and he started his food truck business in December when his restaurant was cut in half.

“I went from doing 20-30 buckets of chicken a week to 130. It’s a lot of chicken,” said Knowles. “A lot of customers are here, amazing how many people go up north and out of state and come back and get chicken.” 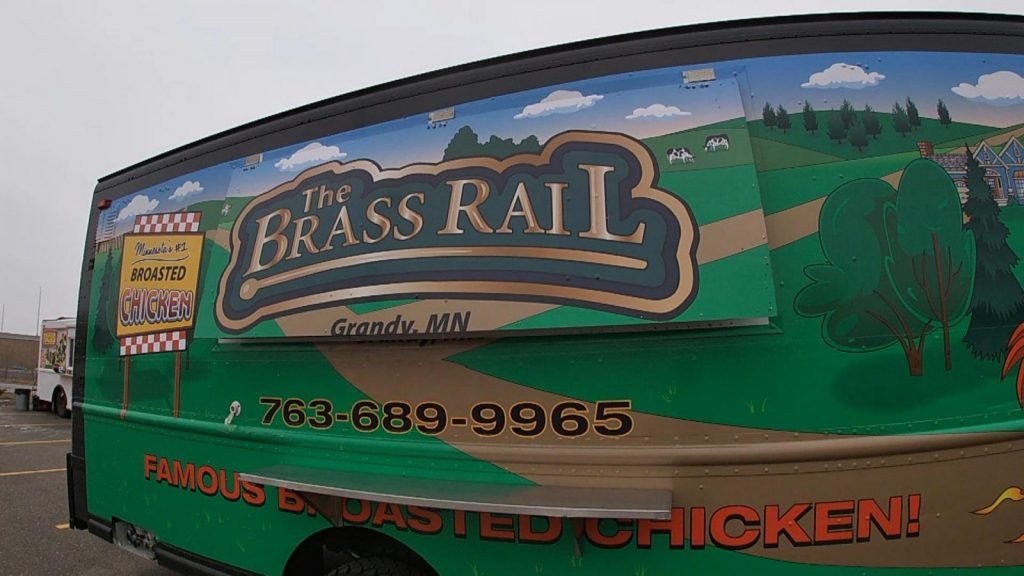 The Brass Rail food truck was a popular stop in the Fleet Farm Parking lot in Brooklyn Park.

To open a food truck or restaurant, Kim said people need to take a test to get their necessary certification, which costs money.

“The second step is sending a credential from SERV Safe to MDH along with 35 bucks then you get that state certification,” explained Kim.

Because baking and food trucks have been such popular start-ups across the northwest metro, it’s having a domino effect on what higher education is teaching. The culinary program at Hennepin Technical College says it’s helped them make a pivot.

“The shift happened, this is why we are opening up brand new programs here,” said Denis Durnev, the culinary instructor for the college.

Next Fall, Hennepin Tech will offer one program for baking and pastry and another for food trucks.

“A lot of interest in food trucks here, especially with COVID,” Durnev said. “At the same time people want to open up small business and make cupcakes, brownies from home.” 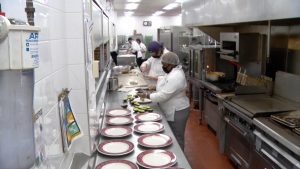 The instructor said being a chef goes beyond just being a good cook.

“The whole idea behind the food truck and entrepreneur degree we’re trying to offer, will focus on more business and marketing aspect,” said Durnev.

The programs will also be key in helping students understand the difference between starting a food business in both small and large scales.

The goal is to equip students to use skills wherever they are in the world. Much like Mayer, who graduated from Hennepin Tech and was in Durnev’s class. Now she’s one step closer to achieving her dreams.

“Since the fourth grade, I’ve always wanted to open my own bakery,” Mayer said.