Cooper High School students were let out of school early due to a small fire Tuesday.

West Metro, Plymouth and Golden Valley fire departments arrived on the scene around 11:30 a.m. after someone saw flames shooting out one of the bathrooms. School officials ordered the evacuation of students and staff, who stayed inside the football stadium while firefighters worked to put out the fire. Chief Sarah Larson of the West Metro Fire-Rescue District says there was a lot of smoke, which required a long time to ventilate the building.

“It’s a lower level, right outside the entrance, the foyer girls’ bathroom,” said Larson as to the origin of the fire.

A student says the fire happened during one of the lunch periods. He says smoke filled the hallway right away.

“Some girls went to the bathroom. It was like three or four girls and they had gone in there, and I guess one of the girls had lit the toilet paper on fire, and they threw it in a trash can or something. It started as a little fire and then went off,” said student Charles Sims. 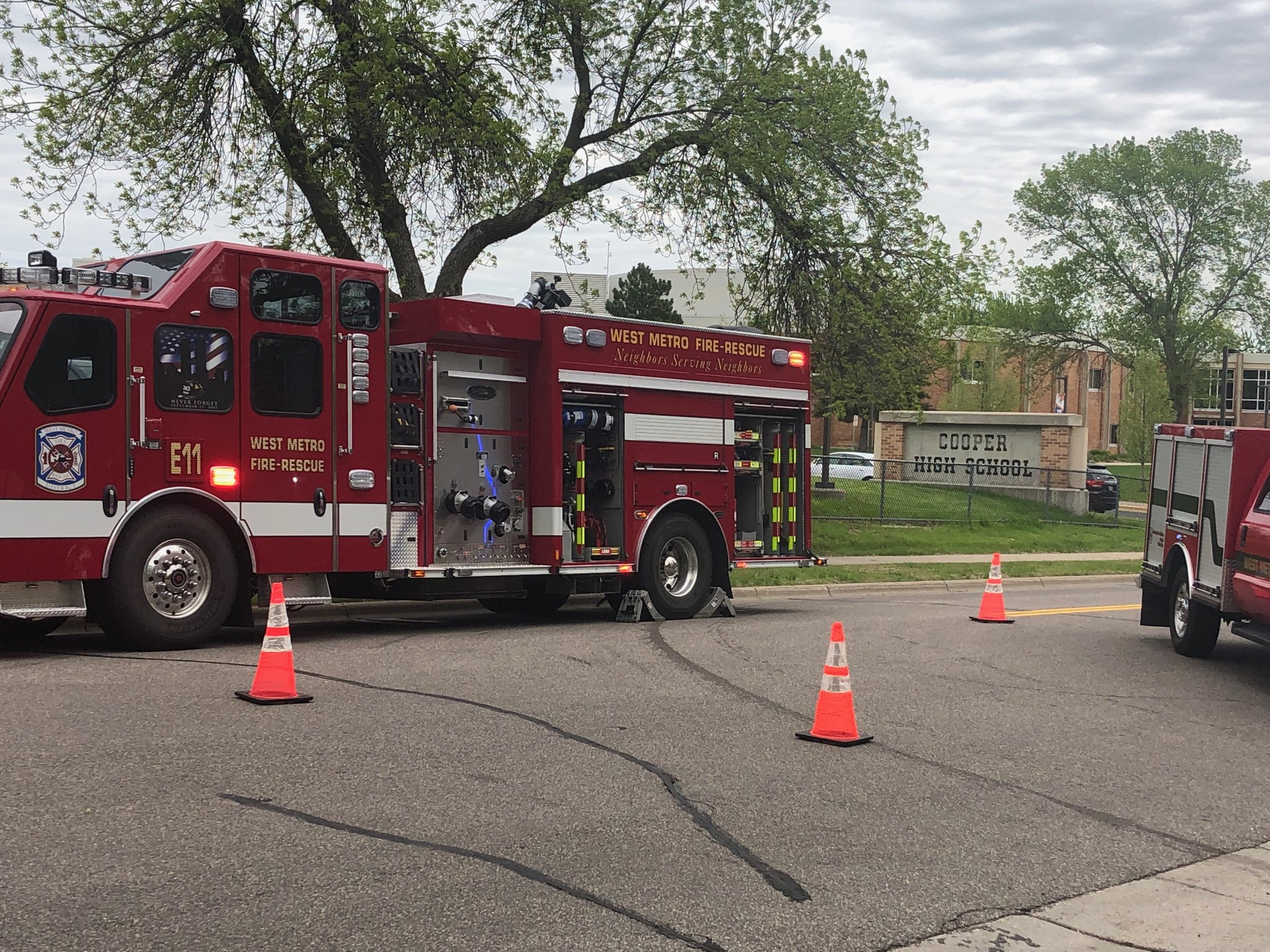 The State Fire Marshal was on the scene to determine an official cause. No one was injured. As of Tuesday afternoon, it was uncertain if school at Cooper High School would resume as usual Wednesday morning.