“Hopefully for the time they are here, they’ll see our warm welcome, have a great time and maybe take their mind off it for a while,” said April Hanson with the Sunshine Factory Bar and Grill in Plymouth.

“It’s about paying it forward and doing the right thing at the right time for the right reason,” said Hanson. 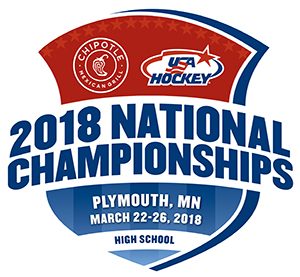 “To have Stoneman make the tournament and be here for it, that makes it really, really special,” said Pat Milan with Edina hockey.

Terry Larson, who runs 24/7 Active Sportz Gear out of Wayzata, is selling special Stoneman Douglas souvenirs at the tournament, with all proceeds going to the Stoneman Douglas Victims’ Fund.

“We represent Parkland right here with a little heart down there in the town of Parkland, Fla., and we were hoping that the Minnesota hockey community would come together and show our love and support,” said Larson.

“None of us can imagine what these kids have gone through and their families for that matter,” said Hanson with the Sunshine Factory. “We wanted to reach out and extend some Minnesota nice their way, open our doors and say let’s take care of you.”