A Robbinsdale teen is the author of a sci-fi, dystopian novel published last year.

Korissa Allen began writing “Spaced Out” in seventh grade. The setting takes place on several planets and it’s filled with all things futuristic.

“This main character is Zandrea Knowles. She’s been gone for six years. She comes back to her family and finds they’re all kind of torn apart and her mom isn’t the same as she use to be,” explained Korissa. “Zandrea then tries to restore her family.” 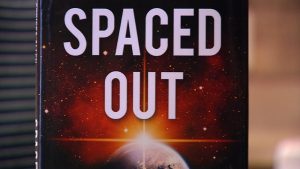 “Spaced Out” by Korissa Allen

When Korissa’s grandfather, Norman Valentine, found out about her endeavor, it immediately peaked his interest.

While the Cooper High School senior said her inspiration came from her grandpa, he also said he was inspired by her.

“She’s a good writer, but that persistence of somebody her age was impressive to me,” said Norman.

“Sometimes it was something as simple as saying, ‘you might want to reword this sentence a little, I like the idea but it’s a little awkward’,” said Barry.

After years of edits and review, Korissa finally finished the book in 10th grade for a final project.  With some help from her father, Korissa got the book published through Elm Hill, a division of Harper Collins.

The teen kept it a secret from Norman and Barry. One day Korissa called her relatives over for a surprise.

Norman said it was better. Both men unwrapped their gifts to find hardcover books with the title “Spaced Out.”

“I was so excited I started tearing up,” exclaimed Korissa. “I was like oh my word all this hard work I put into this book and now it’s ready for people to read.”

But Korissa’s journey has only begun, as there’s still a lot of work to do for her next novel. 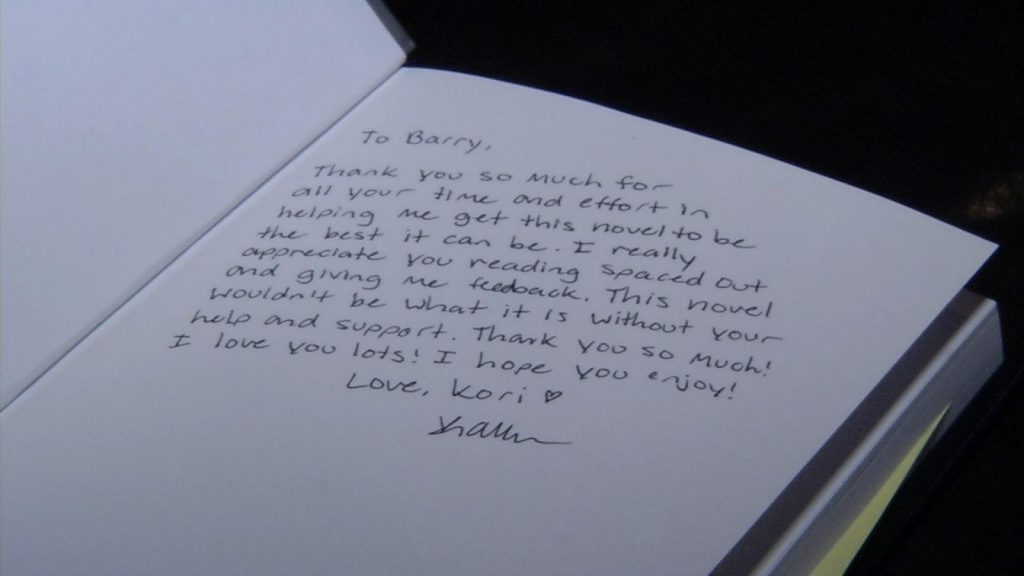 Korissa Allen writes a message in her book to her grandfather and uncle.