Santa Parades Through Crystal, New Hope, and Robbinsdale on Dec. 18 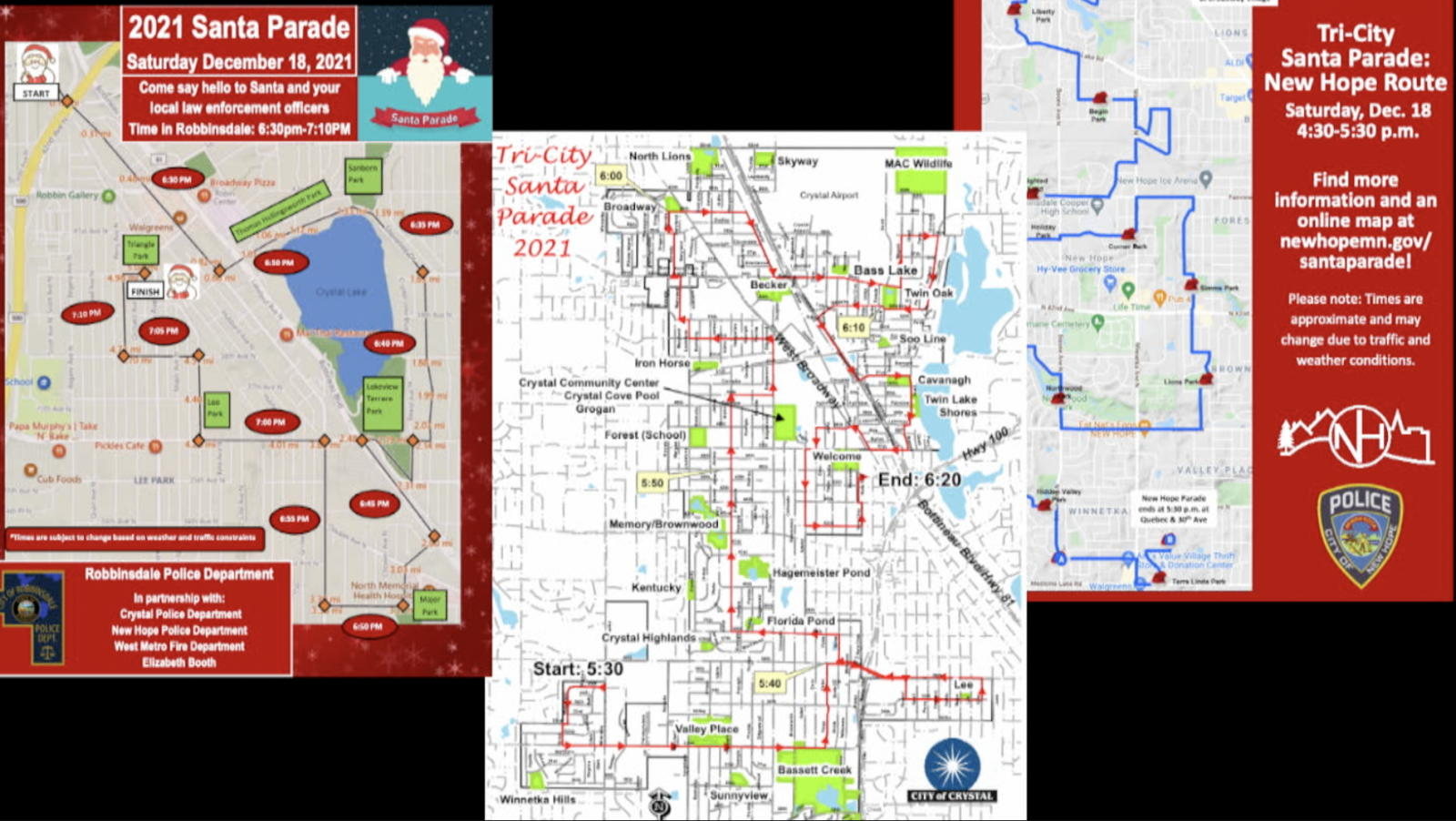 The Cities of Robbinsdale, Crystal and New Hope will be hosting a Tri-City Santa Parade Saturday Dec. 18

“On Saturday December 18th from 4;30 to 7 p.m. There’s going to be a Santa parade. It’s going to weave through all three cities which include New Hope, Crystal, and Robbinsdale,” said Mike Peterson. He is the City of Crystal Communications Coordinator.

“So it’s the first time all three police departments including West Metro Fire have come together to do a parade like this. So we’re super excited,” said Nichole Saba, Robbinsdale Police Community Engagement Officer.

Finally, Mrs. Claus said the reason Santa is coming to town is simple.

“To bring some joy into the town and just to spread the Christmas spirit still and keep that alive,” said Elizabeth Booth, Crystal resident and organizer of the event.

The Tri-City Santa Parade will be on Saturday starting at 4:30 p.m. Furthermore, you can check each city’s web page to see the route and times. In addition to Santa and Mrs. Claus there will be elves, the Grinch, and Cindy Lou Who.