Malone died April 14 from COVID-19 complications. His family says he only had a few days left in quarantine when things took a turn for the worst.

His eldest daughter, Teagan Malone, spoke with CCX News as she remembered the last time she spoke to her father.

“I called him while he was at the hospital at about 4 a.m., and I stayed up all night. And he was like, they’re going just to keep me overnight, said they had him on oxygen, and he was just like, ‘I love you, and I’ll talk to you later,'” recalled Teagan.

Malone was 54 years old. He leaves behind a wife and five children.

Teagan Malone says the family will miss his smile, dad jokes and upbeat personality. She also says her dad was a father figure to hundreds of Little League players. 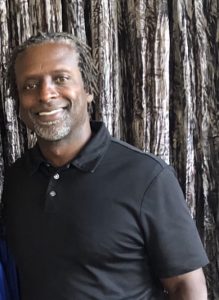 The popular coach volunteered with the Robbinsdale Little League for more than 10 years, eventually becoming a board member.

“He was a player rep for many years, and then the last couple of years, he took on our secretary role on top of being a coach to a team,” said Jodi Voelker, Robbinsdale Crystal Little League fundraising coordinator.

The north field at Lakeview Terrace Park doesn’t have a name. Voelker pushed for the field to be named after Malone.

“Robb made Little League better. He made our community better, and he made kids better,” said Voelker.

A sign with Malone’s name will go on top of the scoreboard. There will also be a plaque at the back of the backstop in honor of the coach. The Robbinsdale Crystal Little League hopes the name change will bring peace and comfort to the Malone family and the community.

“He gave just as much his life to coaching there as he did to his job or any other occupation he may have had because he felt that was his calling to coach the children,” said Teagan.

There will be a ceremony at the baseball field in Malone’s honor sometime in July.