“We don’t believe at this point that there’s any foul play,” said Robbinsdale police Capt. Chad Stensrud. “As of right now, we haven’t gotten any tips that lead us to a good direction to find him.”

Civ was last seen at his home near 40th and Scott Avenues North at around 7:30 p.m. Tuesday, May 31. Authorities say he went for a walk and has not returned nor been in contact with family. Police say Civ has left home before, but he’s never been gone for an extended period.

According to the Minnesota Bureau of Criminal Apprehension, Civ did not have his wallet or cell phone and his direction of travel was unknown. He was last seen wearing a blue/light gray t-shirt and blue shorts.

Authorities also say Civ takes medication for some health issues and might become confused without his prescription. His family is concerned for his well being, authorities said.

“He has had some mental health issues in the past, and so I don’t know if that’s contributed to why he hasn’t returned yet or why he hasn’t made phone calls,” said Stensrud. “We still trying to track down as much as we can, but as of right now, unfortunately, [haven’t] gotten anything, any major leads.” 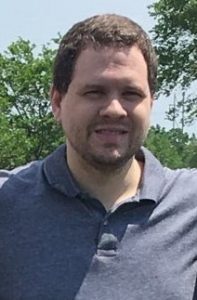 Robbinsdale police recently held a community search around near 42nd and Regent Avenue North. Officials are asking neighbors to check their Ring cameras.

If you have seen or know the whereabouts of Civ, call 911 or the Robbinsdale Police Department via the Hennepin County Dispatch at 952-258-5321.

Note: This story was updated from an earlier version filed June 6.