Robbinsdale police are increasing patrols after two recent armed robberies. The latest incident happened Monday at a home in the 4200 block of York Avenue North.

According to Robbinsdale police, two young men hid behind a garage and approached a couple as they were getting out of their vehicle. They then forced the victims at gunpoint into their home.

Robbinsdale police officer Nichole Saba said the robbers threatened the victims into getting what they wanted.

“Two male individuals were wearing all dark clothing, and took the victims’ purse, wallet, cell phone, and when they were inside the victim’s residents, they told them not to move for approximately two hours,” said Saba.

“For the city of Robbinsdale, it is uncommon to have these two violent crimes occur in such a short period,” said Saba.

Meanwhile, Robbinsdale police are asking residents in the area to check their security video. If they see anything suspicious, police say give them a call. Police are also asking residents to be vigilant, keep outdoor lights on and be aware of their surroundings. 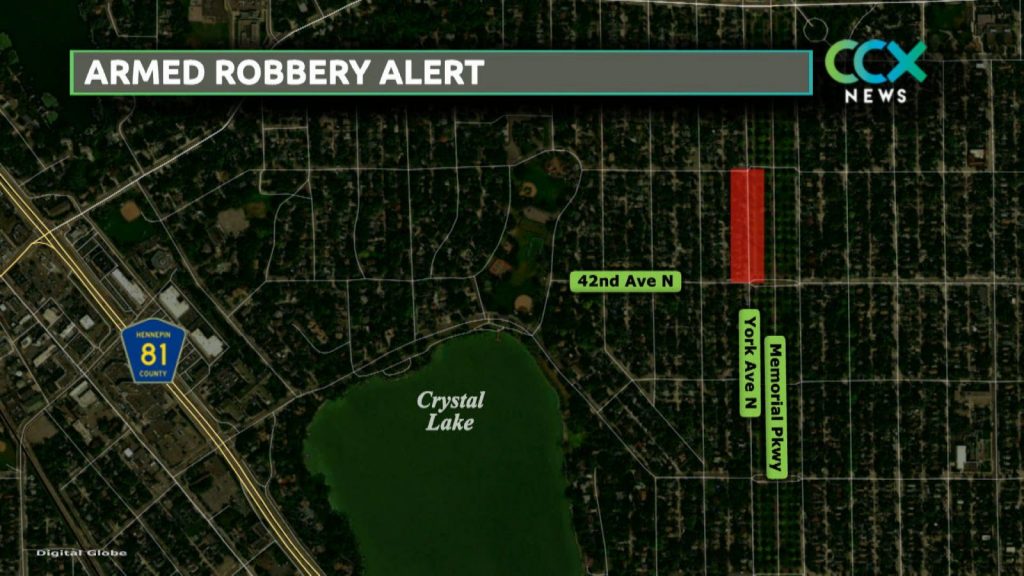