Robbinsdale Police Chief Jim Franzen is retiring at the end of the month after spending more than two decades with the city. He started as a Robbinsdale police reserve in 1979, eventually getting hired as a patrol officer in 1986.

Franzen would move on to the Eden Prairie Police Department, where he spent 20 years, before finding his way back to Robbinsdale in 2008. He became Robbinsdale’s police chief in 2014. 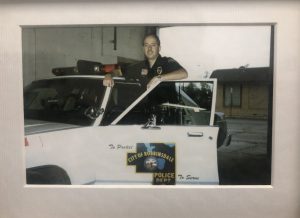 Robbinsdale Police Chief Jim Franzen when in started in the 80’s.

“I live in Robbinsdale, and I really enjoy working in the community that I serve because I have a personal stake in the quality of our police services,” he said. 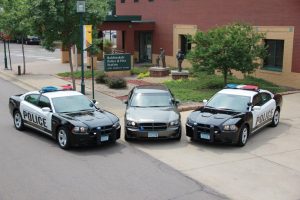 The top cop says he’s seen all kinds of incidents during his tenure, some of them bizarre. He remembers the time someone climbed up on top of the water tower and wouldn’t come down.

He also had many other police experiences that were either beautiful or heartbreaking.

Franzen’s last day is July 31. He says he will miss his coworkers and the residents he served for many years.

Franzen plans on enjoying the rest of summer, doing work around the house and maybe volunteer in the future.