While racial covenants in the suburbs may no longer be enforceable, the language still exists in many homeowner titles and deeds. The Robbinsdale City Council voted to make this information easier for homeowners to access if they want to remove it from the homeowner’s legal documents.

The 1920s were a time of change in Robbinsdale and all across the country. Horses were replaced with Model Ts. Flappers and short dresses were a thing. But it was also a dark time in our history. As cities started to expand, racism guided how neighborhoods developed.

During the first half of the century, many neighborhoods had racial restrictive covenants or housing segregation. 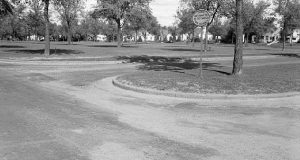 For example, two property deeds from the 1920s to a home on Zane Avenue in Robbinsdale include a restrictive covenant. It states, “the home shall only be sold, rented or otherwise disposed of to people of the Caucasian race.”

“There were a lot of covenants that also applied over time to different ethnic groups or religions,” said Schultz. “The most prominent types of covenants were these once who basically prevented you from being able to sell your house to a person of color. “

An interactive map by the University of Minnesota Mapping Prejudice Project shows a time lapse of where restrictive racial covenants were applied in Robbinsdale during the 1920s through the 1950s.

“The border between Minneapolis and Robbinsdale is the most interesting part of our map,” said Kirsten Delegard, project director. “You can see how there is a wall of covenants of restricted properties all along the border. As a suburb, Robbinsdale was created right at this moment that racial covenants were coming into becoming standard.”

In 1948, the U.S. Supreme Court struck down the use of restrictive covenants, but this didn’t stop people from doing this privately. The Fair Housing Act passed in 1968 and made discrimination in housing illegal. And although racial restrictive covenants are no longer enforceable, the contracts’ consequences are still being felt today. 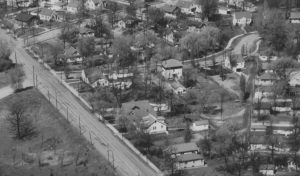 Robbinsdale neighborhood 1943, where many racial restrictive covenants were in place.

“Places that had covenants in place are still the whitest parts of the metro today. Making them illegal was not enough to change the demographic patterns,” said Delgard.

Many homeowners may be surprised to learn the segregation language is still listed on property records in Robbinsdale neighborhoods.

“It shouldn’t be on there, that’s kind of archaic and discriminatory, and I don’t like it,” said Robbinsdale resident Kris Curley.

However, locating your property deed and then finding if restrictive covenant language is on the title can be challenging. Homeowners would have to search through documents and pay legal fees. The Robbinsdale City Council is hoping to change that. During Tuesday night’s city council meeting, council members approved a system to make it easier for residents to remove derogatory language off property deeds.

“Getting it off your title is just an emotional, educational, and moral thing to do, and this is what this is about,” said Robbinsdale City Council member Bill Blonigan, who has championed the project.

The first step will be including information on the city website on how to find if your property deed contains restrictive covenant language and then guidance on how to remove it.