It was a long night and morning for residents of a Robbinsdale apartment complex. They were awakened by fire alarms due to an apartment fire early Tuesday morning. The fire temporarily displaced at least 30 people.

Crews were called around midnight at Clare Terrace, located at 36th and France. Clare Terrace offers affordable housing for people living with HIV/AIDS who are experiencing poverty or homelessness.

Investigators say the fire was contained to one unit on the second floor. The cause remains under investigation.

Firefighters had to temporarily turn off gas and electricity to the building. The building had some water damage from sprinklers.

“It was isolated to a very small area within the apartment. It wasn’t like a blaze that gutted the apartment at all,” said Johnny Rios, regional property manager for Project For Pride In Living, Inc., which oversees the complex. “The fire set off the sprinklers system, and so, when our sprinkler system goes off, it floods the entire system into whatever affected area there is.”

Tenants were able to move back into their units Tuesday, except the resident of the unit where the fire started, officials said. 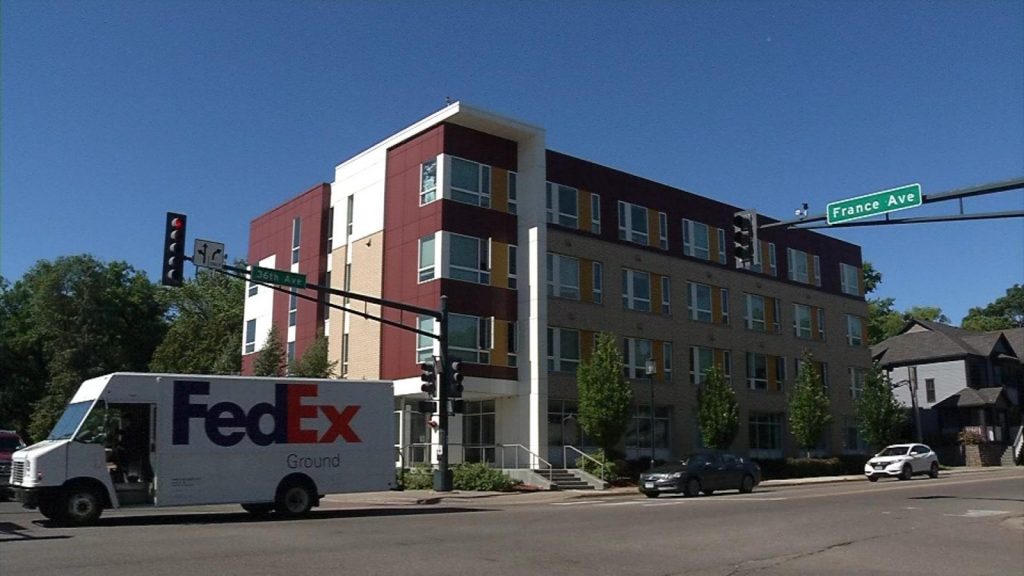 Photo of Clare Terrace, damage was contained to the inside.