On Wednesday night, residents were invited to Crystal to give input on the modified route for the METRO Blue Line Extension project.

The original route has been shifted from using shared freight rail corridor space, which BNSF Railway would not allow, to County Road 81.

Rosemarie Clark, a Robbinsdale resident, is one of many concerned citizens who opposes to the current plans for the METRO Blue Line Extension Project.

“I was okay with the line when it was along the original route, along the railroad tracks, but I’m not at all pleased with it going down 81 for a number of reasons,” Clark said. “[County Road] 81 has been ripped up so many times. And now it finally looks good with the landscaping and the trees, and now all of that is going to be ripped out to put this trail line through it.”

Nick Landwer, an engineer on the project, who was on site to discuss the change with community members.

“We’re looking at County Road 81 at least from Robbinsdale from North Memorial [Health] Hospital. We would come up 81 and that would be shared with traffic all the way into Brooklyn Park all the way up to 73rd, where we would then resume back where our old alignment was on West Broadway,” Landwer said. 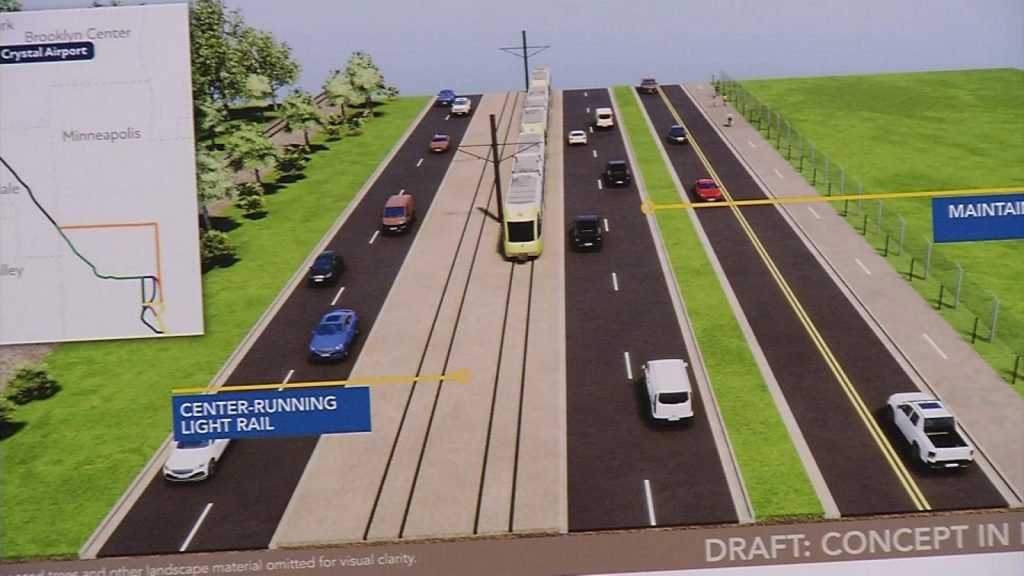 Light rail would run through the middle of County Road 81.

While Robbinsdale will face major changes, Crystal will too.

“Right now in Crystal we’re looking at continuing the stations that we had proposed at 63rd and Bass Lake Road. They’d be shifted over to be within the roadway from where they were, but pretty much the same locations along the alignment,” Landwer added.

The new plans would involve a six-lane roadway that includes repurposing two of the four lanes for just transit use.

Mary-Louise Kerber is a resident who lives along the proposed route.

“We live with helicopter noise right here now, and [County Road] 81 noise and adding the train it’s just going to be ding ding ding all day long and all night long except for a few hours,” said Kerber.

But officials with the project say they’re doing whatever they can to limit impacts to businesses and private properties along the way.

“Right now County Road 81 really is the only alternative that we’ve identified along this corridor because of geographical reasons,” Landwer said.

The earliest construction could possibly begin is in 2025.  However, each city along the route must approve the project, or else it faces further delays and uncertainty.