A few private schools in the northwest metro are seeing a boost in enrollment due to COVID-19.

Maranatha Christian Academy in Brooklyn Park saw a 40 percent increase of enrollment. That’s significantly more than previous years. In the last three years, the school had a steady 5 to 10 percent increase. 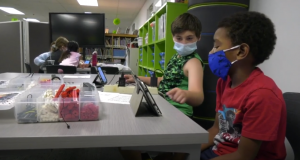 Debbie Larson, the assistant head of Maranatha said the increase in enrollment is partly due to families wanting on-campus learning, childcare and/or having the ability to work.

“We’ve had a flood of people reaching out to our admission department during that time,” Larson said. “We’ve had to transfer people from other departments into the admissions department.”

Sandy Thoma, Maranatha’s admissions director, said the private school enrollment is so high that there are only a few spots left for all grades across the board.

“Currently we’ve got about 65 student applications we’re processing,” Thoma said. “We’ll probably get another 20-25 behind them that are coming.”

The interest in private schools is also being felt at Brightmont Academy in both Plymouth and Mendota Heights. 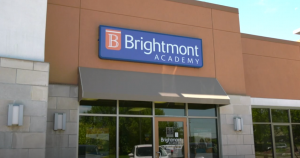 Sorenson said parents just want to know all their options while they wait for their school district to make a definitive decision.

“We have a group of parents who understand their school district is moving toward hybrid or the remote model for fall. It wasn’t successful for their son or daughter in the spring, so they’re looking for something different,” Sorenson said.

If at some point public schools revert back to in-person learning, it’s possible families could pull their children out of private schools. Larson said it’s not something she’s concerned about.

“Once they get here and the kids make new friends and meet teachers, I’m confident they’ll end up staying,” Larson said.