Two people have been arrested in connection with a slew of thefts in Crystal.

Crystal Police say between December and February, there were more than 30 theft reports at the Granite Cliff Apartments, where both Williams and Carter lived. 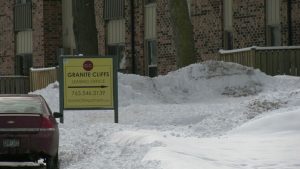 The apartment building is on the 2700 block of Brunswick Avenue.

Police said a maintenance worker inside Carter’s and Williams’ apartment noticed a luggage bag that matched one that was reported stolen. Police say the worker took a picture and notified police. After arresting the suspects, police say Carter admitted to stealing some of the items and Williams admitted to selling a number of items.

“We’re always trying to warn people to keep their items safe. In this case, it seems that people tried to keep their items secured, but the folks who lived in the apartment kind of betrayed the trust of the tenants to take advantage of so many people being in that area,” said Crystal Police Deputy Chief Brian Hubbard.

Police said the suspects stole about $1,200 worth of property and a cashiers check which was also about $1,200.