The snow and cold isn’t putting an end to pickleball season. It’s just moving inside. Indoor pickleball facilities are popping up all around the metro, including a new one in Brooklyn Park started by the Premier Pickleball Club.

At the facility at 8401 83rd Avenue N., 16 courts provide an opportunity for pickleballers.

“I love this facility. I drive from Stillwater, which is 40 mintues,” said pickleballer Dan Harbinson.

Nearly 5 million Americans play pickleball now, making it the fastest growing sport in the U.S., according to the Sports and Fitness Industry Association.

“We believe the pickleball revolution is just upon us now and the growth of this sport may transcend any and all recreational sports before,” said Dan Nabedrick with the Premier Pickleball Club. 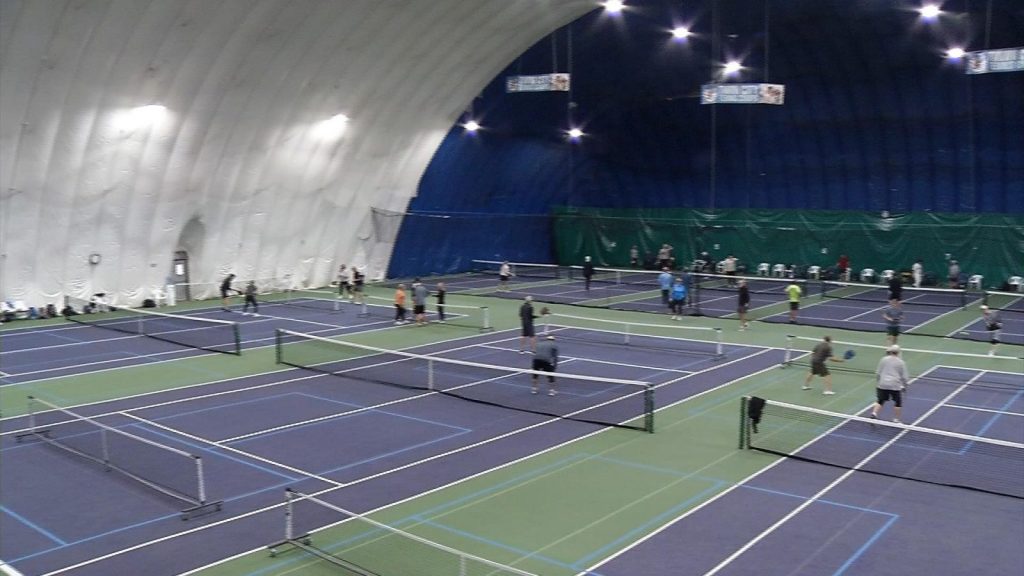 Inside the Premier Pickleball Club

Nabedrick says the Premier Pickleball Club is aiming to create an inclusive space for all pickleballers.

For players like Harbinson, it was easier on his body after playing competitive tennis.

“I felt like I was still playing tennis competitively, but I could play longer hours because it was pickleball and it wasn’t as hard on the hips, the knees, the joints,” said Harbinson.

Due to its popularity, Premier Pickleball Club is tentatively planning to expand.

“Our goal is to put another dome in the front of our property, another 20 courts and have that be our outdoor stadium in the summer,” said Nabedrick.

Related: Pickleball Pub Owner: ‘We Need to Figure Out a Way To Bring This to Maple Grove’