Has the George Floyd death and protests that followed prompted greater focus on the holiday of Juneteenth?

Perhaps so. Juneteenth is the name given to June 19, a day commemorating the end of slavery in the United States. Even though President Abraham Lincoln freed slaves through the Emancipation Proclamation in 1863 and the Civil War had ended more than a month previously, news of freedom hadn’t reached slaves in Galveston, Texas. When a soldier read a proclamation about the end of slavery, it is reported to have been met with jubilation from slaves. The Juneteenth holiday spread throughout the South and in the summer of 2020, it’s gaining greater attention in the wake of the Floyd death and protests to end systemic racism.

“Given the murder of George Floyd and large-scale racial injustice issues across the country, it’s incredibly important to host a discussion on Juneteenth and highlight some of the great programs and initiatives in our area,” said Natalie Conrad, the public relations manager for Minneapolis Northwest Tourism. 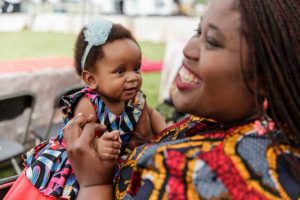 The Northwest suburbs are home to a large African population. In 2019, cultures came together in a Nigerian festival called Igbofest. Photo Courtesy: Eli Eijadi/Minneapolis Northwest Tourism

Minneapolis Northwest will be facilitating a Facebook live Q&A on Friday, June 19th. The discussion will focus on the Cities United and My Brother’s Keeper program in Brooklyn Park. Conrad said those organizations are committed to reducing the epidemic of murders among African American men and boys.

Along with the interview, Conrad has written a blog to highlight the diverse businesses in the area.

“In the Minneapolis Northwest area, we are proud to represent and promote two of the most diverse cities in the state — Brooklyn Center and Brooklyn Park. We are committed to showcasing all the amazing businesses in our area that represent so many backgrounds and cultures, which make this such a great area to live and visit,” said Conrad.

In honor of Juneteenth, Emagine Willow Creek in Plymouth will host a seven-day film festival to benefit the United Negro College Fund. The event will feature films that honor black actors/actresses, writers, directors, and filmmakers. It will also showcase films that present compelling moral stories and educate on racism and black history.

In preparation for opening, Emagine Theatres underwent a thorough cleaning and disinfecting program. They also instituted a variety of protocols to ensure the cleanliness of the venue for employees and guests. New social distancing procedures will also be implemented. You can see that story here.

Due to COVID-19, some events will be virtual. On Thursday, June 18 a Minneapolis advertising agency, Colle McVoy will host a virtual black music event. Abel Johnson (a.k.a. DJ Soulful Tryst) will take listeners on a trip through time, celebrating black music, musicians and culture.

“This year we made Juneteenth an agency holiday and our company will be closed. Honoring this day to celebrate African American freedom and achievement, while encouraging continuous self-development and respect for all cultures, is part of a broader agency effort to deepen our commitment to diversity, equity and inclusion,” said Christine Fruechete, CEO of Colle McVoy.

Organizers of the event say that in order to share content that is authentic to the musical history, there will be explicit language.

Stream it live on Thursday, June 18 at 4 p.m. CT on Twitch: www.twitch.tv/soulful_tryst.

From 5-8 p.m. on June 19, people will honor Juneteenth by rallying outside of Brooklyn Park city hall. Learn more here.

On Monday, Target announced it will observe Juneteenth as an annual company going forward. Target will also donate $10 million toward the social justice movement and to support rebuilding and recovery efforts in the Twin Cities. The company issued a press release on Monday regarding the announcement.

“We recognize that the racial trauma the country is experiencing now is not new, but throughout recent weeks there has been a sense that this time is, and has to be, different,” said Brian Cornell, the Target chairman and CEO. “Juneteenth takes on additional significance in this moment. Moving now to recognize it on an annual basis—as a day to celebrate, further educate ourselves or connect with our communities—is one more important action Target can take as a company to help the country live up to the ideal of moving forward in a new way.”

While all stores and distribution centers will remain open for the holiday, hourly team members working on June 19 will be paid time and a half. All eligible Target team members have the option to take the day off with full pay. Headquarters offices will be closed in observance.