The construction zone on Interstate 94 between Maple Grove and Rogers is hectic for some drivers. It’s not unusual to see motorists white-knuckling it through the area.

According to data from MnDOT, there were 103 crashes from July to September in the construction area from the I-94/694/494 interchange to Highway 101. The previous year there were 109 crashes in the work zone area. Most of the accidents were caused by drivers not paying attention.

“A lot of it had to do with people following too close. And there’s a lot of inattentive driving. Sometimes people will swerve into another lane and hit another car,” said MnDOT spokesperson David Aeikens.

State officials lowered the speed limit from 70 to 60 miles per hour in the area to cut down on crashes. Meanwhile, the configuration should be back to somewhat normal in November.

“Right now it’s five lanes on the westbound and one lane on the eastbound, and it will go back to three lanes on each side,” explained Aeikens. 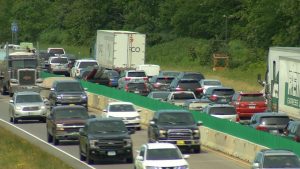 There were 103 crashes in Maple Grove work zone from July to September.

MnDOT still has one more year of work on the project. Next year it will do the westbound stretch of the highway. 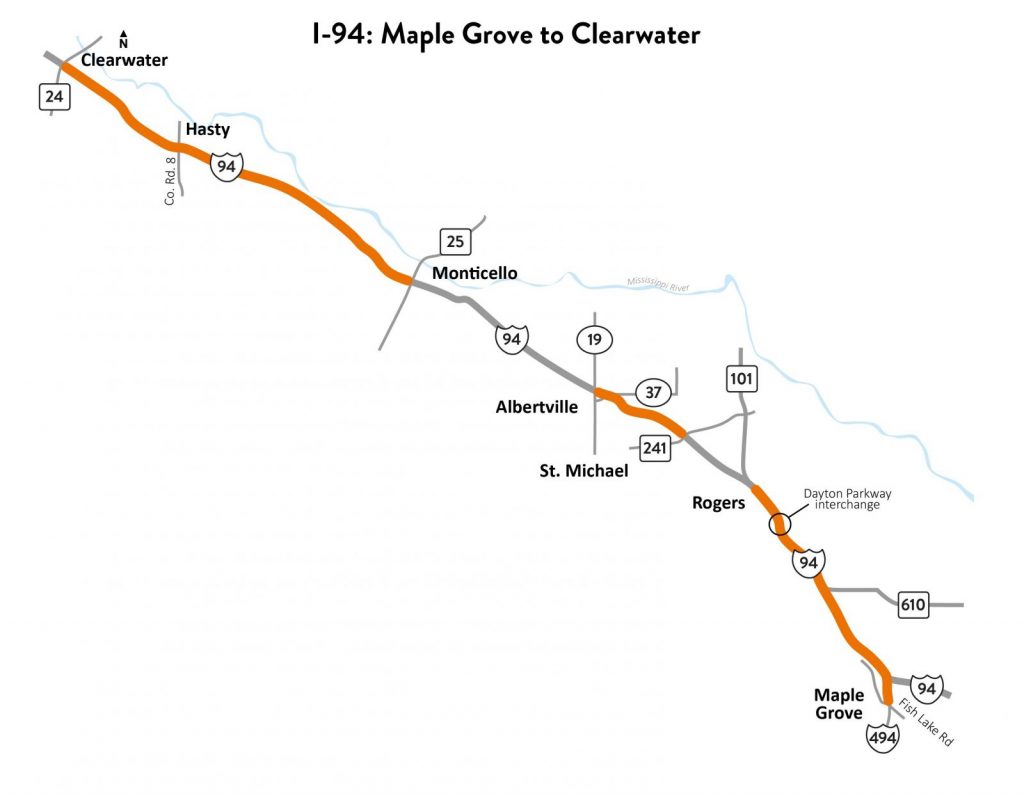 I-94 work zone between Maple Grove and Clearwater.