There is a new, faster way for people to commute from Brooklyn Center to downtown Minneapolis.

Passenger Cardius Henderson smiled as he got off the bus at the Brooklyn Center Transit Station.

“I was surprised they actually have USB outlets under the bus seats, that was real refreshing,” he said. 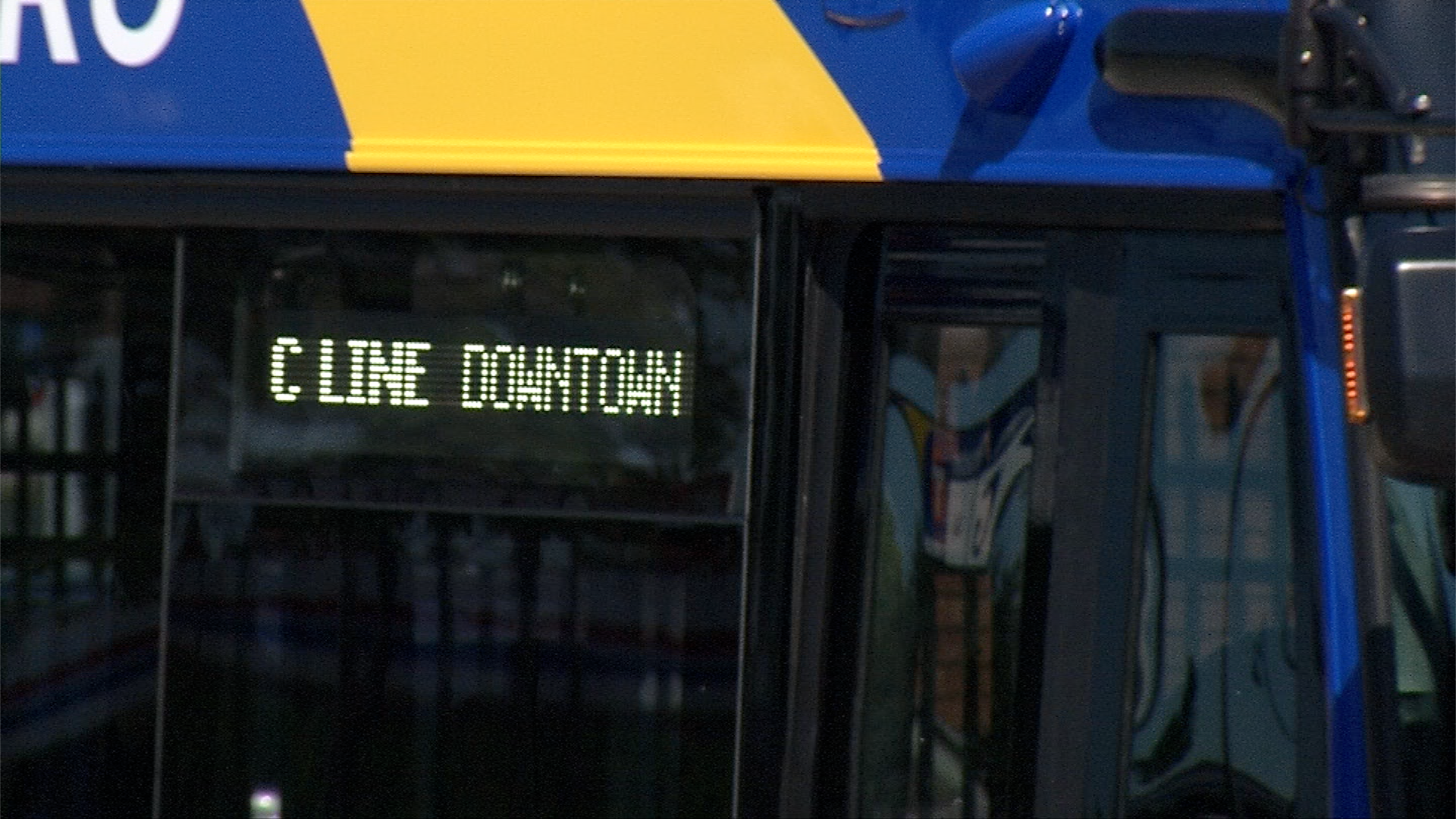 “There are three doors to get on. There’s not just the line of people to get in the front door,” explained Metro Transit Communications Director Howie Padilla.

No more digging in your purse, looking for money to ride the bus. That’s because the C Line doesn’t take cash. Customers have to purchase tickets ahead of time or use a phone app.

Mother Nature might give the C Line a thumbs up. Over half of the buses in the fleet are electric.

“We have 14 buses total. 8 of them are electric buses,” said Padilla. “Anything that metro transit can do to get people where they need to go, and not add to congestion, and matter of fact, take away from that… That’s a benefit for all the communities we serve.”

For more on C Line schedule and fares, visit https://www.metrotransit.org/home