It’s the third time a team from MCA has earned that honor.

“When you have a vision for what you can accomplish and what you see other people doing, you have that vision, you have that path laid out before you and you know what the expectations are and what it’s going to take to get there,” said Ed Marvel, Maranatha’s robotics coach.

The competitive robotics program at Maranatha started eight years ago and is almost entirely student-run.

“[The students] have to figure it out, they have to come up with a design, the robot build, the program, all these things to make their robot successful,” Marvel said. 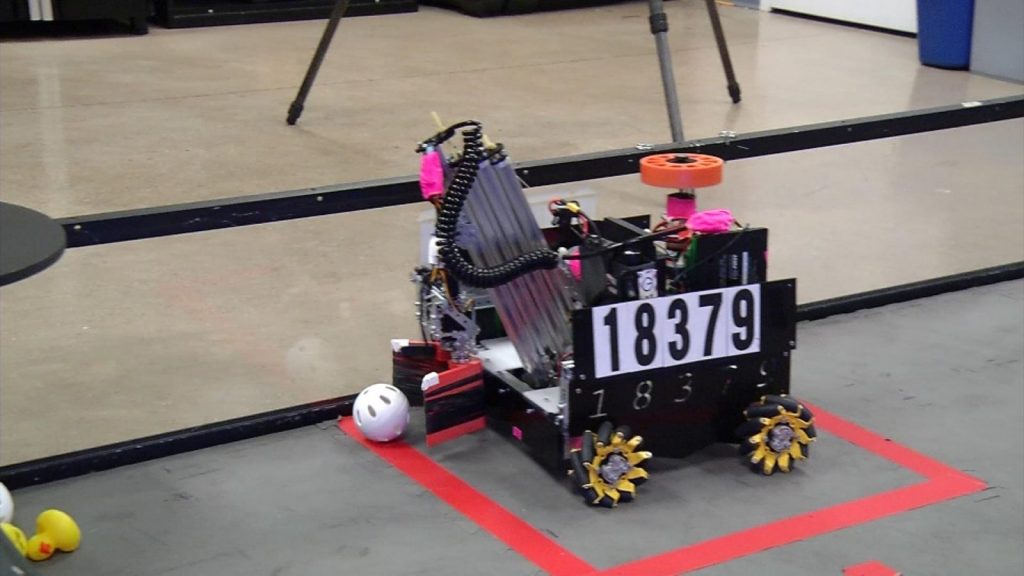 A robot operated by the Maranatha Christian Academy robotics team.

The students build the robot from scratch over several months.

The students solve problems and work through a myriad of issues along the way.

“We would build something or program something and it just wouldn’t work,” said Owen Marvel, a Maranatha senior. “And we would spend countless hours trying to figure out why it didn’t work or what we did wrong.”

But the technical learning is just part of the benefit.

The Maranatha team will compete at the FIRST Championship held in Houston in late April.