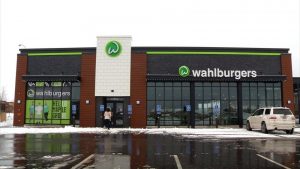 The Wahlburgers in Maple Grove opened its doors to customers on Tuesday morning at 11 a.m. An hour prior to the event, the store held a ribbon cutting attended by city staff, restaurant employees, and local business owners. The new Wahlburgers stand-alone restaurant is 6,128 square feet. It offers signature burgers, chef-inspired recipes, home-style sides, fish, chicken and vegetarian options too. There’s also a full bar and Wahlburgers merchandise available to purchase. 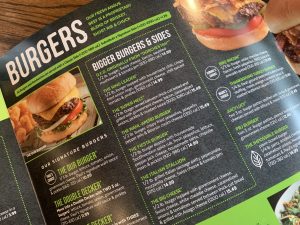 Chef Paul Wahlberg will visit on Wednesday, but that didn’t stop a crowd from stopping by on day one.

The build-up began early in the a.m. People bundled up and waited for Maple Grove’s newest restaurant to open for business.

“I watched every episode of the show.” Van Slooten said. “I am so thrilled that they are opening in Maple Grove. We’ve been waiting forever.”

When local VIPs cut the ribbon to christen Minnesota’s second Wahlburgers location, a steady stream of patrons came through the doors. They were eager to try out a place that mixes celebrity with a down-to-earth approach.

“We do something that’s a little bit different,” said Jared Lewis, of Hy-Vee, which owns Wahlburgers. “It’s not just about the food, or just about the bar. It’s the family atmosphere and food, and the bar.”

Currently there are six Wahlburgers located in Iowa, Kansas, Minnesota and Wisconsin. Maple Grove is a coveted location.

“Everything is out here,” Lewis said. ” Every retail place. Every restaurant is out here and we have a beautiful spot right on the corner. It’s going to be  great location for us.”

Cashing in on the fame of the A&E television show, “Wahlburgers” has put the chain on the map. But when you boil it down, the real key is how does the food taste?

Similar story: This is one of several Maple Grove restaurants that pack a celebrity punch.